The time and location of the Cork v Galway Ladies Gaelic Football All-Ireland semi-final were moved at the last minute ahead of the match on December 6. 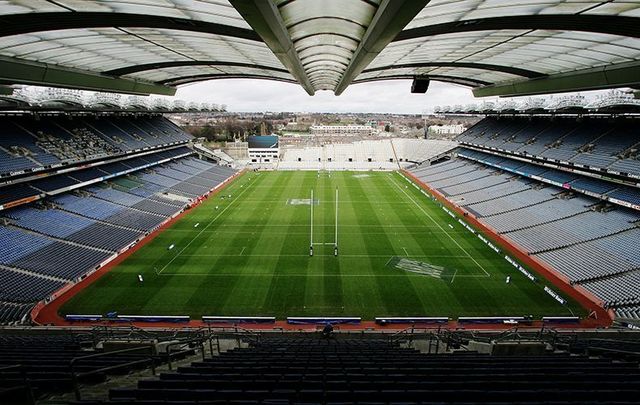 Galway boss Tim Rabbitt said, "the whole experience was a joke" after both teams were only given minutes to warm up to prepare for the semi-final match.

The Ladies Gaelic Football Association (LGFA) leadership has come in for huge criticism after moving the All-Ireland SFC semifinal from a frozen Parnell Park to Croke Park at the 11th hour on Sunday, a decision that has been slated by all comers for the manner in which Galway, who lost 2-17 to 0-13, were treated.

Repeated calls for the LGFA to merge with the GAA were made on Monday after it was revealed that Galway got just seven minutes to warm up for the game while the authorities refused to ask Croke Park officials to delay the senior men’s semifinal between Mayo and Tipperary in case there was a need for extra-time.

Today's @TG4TV All-Ireland Senior Championship semi-final between @CorkLGFA and @GalwayLgfa has been switched from Parnell Park to @CrokePark, with a 1pm throw-in time.

The Parnell Park pitch is unplayable due to icy conditions#ProperFan https://t.co/PYgq4LJdZG

Galway boss Tim Rabbitt was irate afterward and told Galway Bay FM, “The disappointment is the way it was all handled. It seemed to be a rush job at the end of it so that’s disappointing.

“The LGFA contacted us at 11 o’clock and said Parnell Park was unavailable due to the frozen pitch and could we play in Croke Park. We had to have a quick management meeting and see was it possible.

“The way with the times we are in, we decided we would go ahead and do it.  We were assured we would have ample time once we reached Croke Park for our warm-up and everything else. That’s not what transpired once we got to Croke Park.

“We were rushed through, I think we had seven minutes of a warm-up. The way we were treated from LGFA officials, from the referee and the officials is just disgraceful I thought.

“It’s just really disappointing from the girls’ perspective, and for that to cloud what is a big day for us. I’m not using it as an excuse. It did impact us but we should have been more experienced.”

Rabbitt added, “I regret on behalf of the girls that we didn’t walk off the pitch. We should have refused to play.

"We were willing to be accommodating, we knew the pitch was frozen, we wanted the game to go ahead, we know the circumstances are difficult, with Covid and the time of year, but we were assured that we’d get sufficient time to do our warm-up – and we didn’t get that.

“The referee was constantly shouting and roaring at us that we had to go. No respect was given to us, by him or any of the LGFA officials. Straight away he said, ‘I’m starting in six minutes.’ I had to go over to him and try to reason with him, I asked for a couple more minutes, we were given seven and at that stage, we should have left.

“I’m taking nothing away from Cork, they deserved it, they were the better team, and I really want to stress that, but the whole experience was a joke.”