Ballybrack FC claimed Spanish native Fernando La Fuente died in a traffic accident on Thursday but he had simply relocated to Galway. 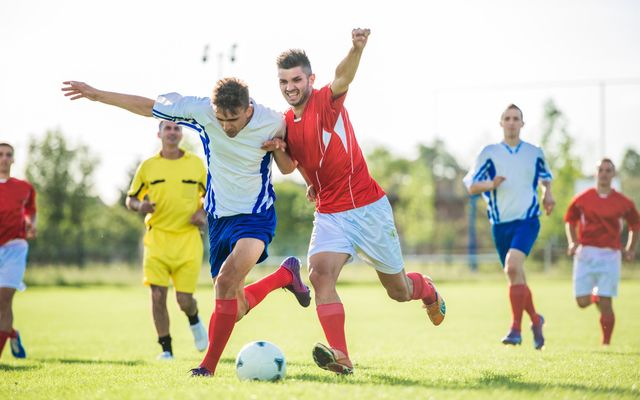 Ballybrack FC claimed Spanish native Fernando La Fuente died in a traffic accident on Thursday but he had simply relocated to Galway.

An Irish soccer club has sparked the strangest scandal of the year after it emerged a senior member of management had faked the death of a player.

Ballybrack FC was due to play Arklow on Saturday but the match was postponed after a member of their management team contacted the Leinster Senior League to tell them club member Fernando La Fuente had died in a traffic accident on his way home from training on Thursday night.

With other clubs in the league wearing black bands and holding a minute's silence before matches, as well as offering condolences as a sign of respect to the bereaved club, the League quickly became suspicious when they were told the player's body had already been flown back to his native Spain when they asked for details on his funeral.

Read more: Celebrating Charles Stewart Parnell on his birthday and how he overcame fake news

Both teams observing a minute silence in memory of Ballybrack player Fernando Nuno La-Fuante who was killed in a traffic...

Searching for information on a traffic accident, the league found no evidence of any death and Ballybrack's lie quickly unraveled.

While La Fuente was no longer with the club, he had accepted a work transfer to Galway and was still very much alive and well, living in the City of the Tribes since September.

"The Leinster Senior League acted in good faith at all times and when notified by a representative of Ballybrack FC as to the death of a member player we immediately offered our heartfelt condolences and also shared the sad news with all other LSL clubs in order for them to offer their own individual condolences.

"We are glad to hear that the player is in good health and has returned to his native Spain.

"The Leinster Senior League will co-operate with all relevant agencies in the investigation of this matter and the league will also deal with this issue through their own internal disciplinary procedures.

The Leinster Senior League have confirmed that Ballybrack FC player Fernando Nuno La Fuente is not dead. A rep for the club informed the LSL he had died in a car accident last week. La Fuente is alive & well, story about his death was an apparent effort to get a game postponed pic.twitter.com/bEGnfs8bE8

"The Leinster Senior League would like to offer their sincerest apologies for any distress caused as a result of notifying clubs as to the demise of a valued player.

"The league acted in absolute good faith with the information supplied by the club and only had the welfare and interest of those affected by the reported ‘tragedy’ as our uppermost concern at all times."

La Fuente himself is believed to have played no role in his faked death, although he was aware that the club was to release a story on him,  believing it to be about a broken leg or another injury that would prevent him from playing.

"I was home yesterday after my work finished. I was playing some video games. They told me, 'you're a celebrity.'

"They started sending me all these news articles and mass media. And that's how I found out I was dead.

'It's funny for me because I've been watching my own death' Spanish native Fernando LaFuente said he had no role in the faking of his death by his former club Ballybrack FC of the Leinster Senior League https://t.co/gCP2PzWogG via @RTEsport pic.twitter.com/KHc3eaWD0Q

"I was taken out (of the WhatsApp) on Saturday. I knew something was going on and they called me and said 'Okay Fernando, you might see the League post something on Twitter saying you had an accident.' But I thought it was going to be a broken leg type accident.

"I have a really good relationship with them. It was just to let me know.

"As soon as I heard the news, I wrote to them. They got straight back to me and told me what was going on and they apologized.

"It's serious on their part but I'm finding it a little bit funny. Because basically, I'm not dead. And no one was harmed here."

Fernando found out that Ballybrack FC had faked his death when he got a call at 8pm last night. He tells @TodaySOR: "Work called me to say you're a celebrity, they sent a load of news articles, and that's how I found out I was dead."

"My wife had some Facebook fuss but she already knew everything. I had to call my mum straight away and she basically didn't know anything. She saw this morning my photo on all the newspapers. I haven't spoken with her yet because she didn't answer any of the messages I sent."

The League is now set to meet with Ballybrack on Thursday and will be taking legal advice from the Football Association of Ireland.

Read more: PICS: Is this the worst GAA hurling injury you’ve ever seen?