WATCH: Conor McGregor responds to video of him hitting man in Dublin pub

Conor McGregor spoke with ESPN about the video TMZ released of him hitting a man in a Dublin pub in April. 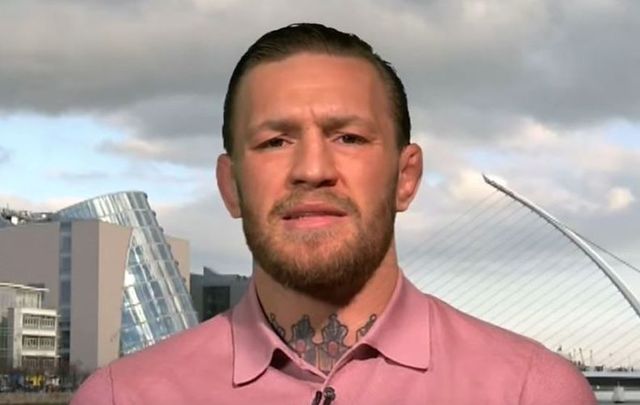 Conor McGregor spoke with ESPN about the security footage TMZ released of the Irish UFC star hitting a man in a Dublin pub. ESPN, YouTube

Conor McGregor has responded in an interview with ESPN to the shocking video that TMZ released of him hitting a man in a Dublin pub.

McGregor waited until August 22 to speak with ESPN's Ariel Helwani about the security footage taken from a Dublin pub in April that TMZ published on August 15:

"I was in the wrong"

When asked about the incident, McGregor said: “I was in the wrong.

“That man deserved to enjoy his time in the pub without having it to end the way it did. And although it was five months ago, I tried to make amends, and I made amends back then. But that does not even matter. I was in the wrong. I must come here before you and take accountability and take responsibility. I owe it to the people that have been supporting me. I owe it to my mother, my father, my family. I owe it to the people who trained me in martial arts.

“That's not who I am. That's not the reason why I got into martial arts or studying combat sports. The reason I got into it was to defend against that type of scenario. I have been continually making steps to do better and be better.

“I'm just here to own up to that and move on and carry on and face what's coming with it.”

Helwani asked McGregor, “did you in fact punch that man?”

McGregor said: “In respect to the whole entire situation, we'll let it play out with what happens with it. What happened was a little hazy for me, also. It was many months ago, like I said. And I have been making amends to make it not happen again and to be better, to be a better father, to be a better human, to be a better role model to these kids. I know a lot of kids are looking up to me, and sometimes it kind of takes me [aback].

“But I have to realize that's not the attitude or the behavior of a leader or a martial artist, of a champion. I must get my head screwed on and just get back in the game and fight for redemption, retribution, respect - the things that made me the man I am. And that's what I will do.”

You can watch Conor McGregor’s comments with ESPN here:

McGregor's ESPN interview comes as The Irish Daily Star reports on comments made by the man allegedly hit by McGregor in the TMZ video.

The 50-year-old, who declined to give his name, recalled: "I am sitting on the barstool just having a quiet pint with my friend then all of a sudden because I refuse his drink I get a punch, you don't need."

He added: "I can take a punch. It was sore for about a week. It wasn't killing me or anything.

"I don't like the man. I think he is getting a bad rep. He is a bit of a bully, a bully with money."

What do you make of Conor McGregor's actions and response? Let us know in the comments