The Buffalo Fenians are hoping to build their own permanent pitch and clubhouse in upstate New York. 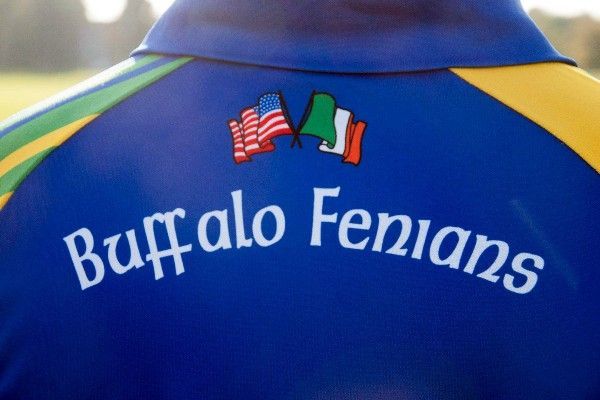 Plans for a dedicated pitch and clubhouse for the Buffalo Fenians GAA are underway in an Irish American enclave in upstate New York.

The Irish Echo reports that plans and drawings have already been crafted by the University of Buffalo, and that city officials have already begun discussions to help materialize the Buffalo Fenians dream of having their own dedicated pitch.

Buffalo, New York has a strong Irish tradition: the upstate city is also home a multi-purpose Irish Center, as well as a dedicated Irish Heritage District which features street signs in both Irish and English.

Plans to give the Buffalo Fenians their own permanent home at Fr Conway Park in the city's old First Ward will only further the city's long yet strong Irish ties.

Paul Mulcaire, Chairperson for the Buffalo Fenians, told the Irish Echo: “We have a long history in Buffalo of Irish culture and the preservation of Gaelic games.”

Indeed, the Buffalo Fenians, which boasts over 150 members, are nearing their 100th anniversary.

“We would like to solidify this commitment by converting Fr. Conway Park into a landmark destination which includes playing fields and clubhouse. For us, Gaelic games is not just a sport. It’s about being part of a global Irish community made up of dedicated volunteers.”

Mulcaire added: “We really do believe in the legend, ‘build it and they will play in it’ and are convinced that the Gaelic Grounds project has the capacity to unite the Irish American community of Buffalo and usher in a new era of progress for Gaelic games here.”

The Buffalo Fenians, which is comprised of men, women, and youth teams, compete in the North American County Board’s Midwest Division against teams from Cleveland, Cincinnati, and Pittsburgh.

In 2017, Buffalo played host to the annual Continental Youth Championships (CYC) for Gaelic games, which saw 18,000 visitors and 250 youth teams travel to the city. Buffalo, however, did not have a permanent GAA base to host out of but is now hoping to change that with plans for developing Fr Conway Park.

Read More: Rockland: The little GAA club that could

The upstate New York GAA club is inspired by other clubs across the US which have planned and developed their own permanent pitches, such as Rockland GAA's new pitch in New York, Gaelic Park in Chicago, Shannon Gaels in Queens New York, and Treasure Island in San Francisco.

A new, permanent GAA pitch for the Buffalo Fenians would require intensive coordination and fundraising in tandem with GAA headquarters in Dublin, Ireland.

“The GAA plays a key role not just in the Irish American community but in the entire city of Buffalo and I see the Gaelic Park proposal as underpinning the club and the community’s success well into the future,” Kennedy told the Echo.

“We’re excited about the opportunity to build a permanent GAA facility here in the City of Buffalo as we continue to celebrate our Irish Heritage and pass along our cultural institutions for generations to come.

“It’s important that we teach the next generation of Irish Diaspora the lessons of our ancestors, remind them where we came from and who we are.

“Irish sports play a major role in that experience and we want to make sure we have the facilities available to help tell our story and build healthy, enjoyable lifestyles at the same time. A new GAA facility will ensure the large Irish Community in Western New York has what it needs to do just that.”

Would you like to see a dedicated GAA pitch and clubhouse developed in Buffalo, New York? Let us know in the comments!