Titanic Belfast welcomes more than one million visitors since opening 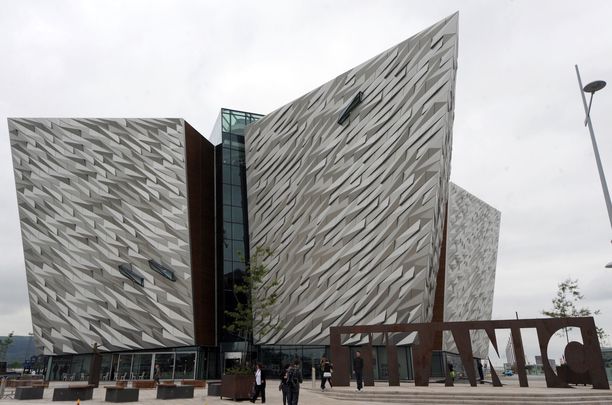 Mother of two Ciara Harmon, from County Kildare in Ireland, was welcomed to Titanic Belfast as the attraction’s one-millionth ticket-holder.

Ciara’s family ticket - purchased as part of a day-trip to Belfast with husband John and children Nicole (16) and Aaron (12) - was the milestone one-millionth booked for a tour of Titanic Belfast, The world’s largest Titanic visitor experience located at the birthplace of Titanic in Belfast, Northern Ireland.

Just 16 months after opening during the historic 100th anniversary year of Titanic’s tragic maiden voyage, Titanic Belfast’s appeal has spread to one-million visitors, and to 145 countries – from America to Zimbabwe, from the Republic of Ireland to China.

“Once again, and ahead of time, our own expectations have been exceeded, and we are very proud to host Ciara Harmon and her family, along with all of our guests on a momentous occasion for Titanic Belfast.

“One million visitors have come from 145 countries to walk through the world’s largest Titanic exhibition. Those numbers are a testament to the appeal of Titanic, and the appeal of Belfast as a new, vibrant, confident tourist destination.”

Special guest Ciara Harmon said: “It was a bit of a shock when I got the call from Titanic Belfast. We had just planned to come up to the city for the day and instead it has turned out to be an occasion we will never forget.

“It’s amazing to see how much Belfast has transformed; it’s a wonderful city and we are pleased to be part of this great occasion for Titanic Belfast. The exhibition was amazing, with so much detail on the story of Titanic. It’s only when you visit do you realize the extent of Titanic’s impact on the world.”