James Orr's poem "The Irishman" is as powerful now as when it was first written more than two centuries ago. 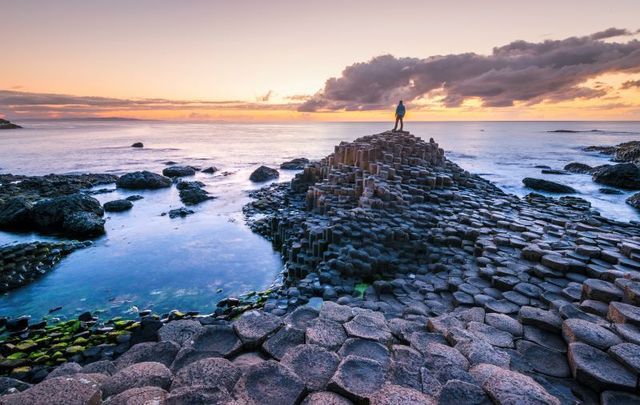 James Orr, who was born in east Antrim in 1770, wasn't widely known for his poetry during his lifetime, but his poem "The Irishman" is sure to stir up your Irish pride.

In her book 'James Orr, Poet and Irish Radical,' author Carol Baraniuk summarizes Orr's life: "James Orr (1770–1816), a native of the Presbyterian, Scots-speaking village of Ballycarry in east Antrim, was virtually forgotten by the public for most of the last century, but in his own lifetime and for a period afterwards he was admired and respected as a leading Irish writer, particularly within the province of Ulster.

"During the turbulent 1790s Orr, who was a weaver by trade, first achieved fame, or notoriety, as a contributor to the United Irishmen's newspaper, the Northern Star, printed in Belfast.

"Politically radical, he was angry about the injustices he observed within Ireland, such as rural poverty, inequalities suffered by the Dissenting population among whom he had grown up, and humiliations endured by Catholics as a result of the Penal Laws.

"Committed to the Enlightenment ideals of liberty and democracy, he is known to have participated in the Rebellion of 1798 in the neighbor hood of Antrim as a supporter of Henry Joy McCracken.

"After a period on the run in Ireland, for a time in the company of McCracken and James (Jemmy) Hope, Orr fled to America, probably to the neighbourhood of Philadelphia, for an interval of a few months. There a newspaper editor printed a sample of his verse, prefacing it with the first recorded, approving comment on his work: ‘We understand the present production is by James Orr, an humble weaver from the North of Ireland. We could wish that his writings were better known.'"

In 2016, marking the 200th anniversary of Orr's death, Steve Dornan wrote in The Irish Times: "Orr was shaped by his Ulster Presbyterianism, but was progressive in his thinking; he was a patriotic Irishman who rejected the idea that Gaelic ethnicity was a precondition to this; he was an Ulster Scots speaker and a republican; he was a revolutionary turned constitutional liberal.

"Perhaps to remember Orr is to challenge, rather than reinforce, some of the assumptions we make and some of the divisions that we live by."

The Irishman by James Orr:

The savage loves his native shore,

Though rude the soil and chill the air;

Then well may Erin's sons adore

Their isle which nature formed so fair,

What flood reflects a shore so sweet

As Shannon great or pastoral Bann?

Or who a friend or foe can meet

So generous as an Irishman?

His hand is rash, his heart is warm,

But honesty is still his guide;

None more repents a deed of harm,

And none forgives with nobler pride;

He may be duped, but won't be dared--

More fit to practise than to plan;

He dearly earns his poor reward,

If strange or poor, for you he'll pay,

And guide to where you safe may be;

If you're his guest, while e'er you stay,

His cottage holds a jubilee.

His inmost soul he will unlock,

And if he may your secrets scan,

Your confidence he scorns to mock,

For faithful is an Irishman.

By honor bound in woe or weal,

Whate'er she bids he dares to do;

Try him with bribes--they won't prevail;

Prove him in fire--you'll find him true.

Be where it ought in danger's van;

And if the field of fame be lost,

It won't be by an Irishman.

Be thou more great, more famed, and free,

May peace be thine, or shouldst thou wage

May plenty bloom in every field

The home of every Irishman.