Lowry returned home for the DP World Tour's "Roots" series to explore his upbringing in Offaly and his love of home. 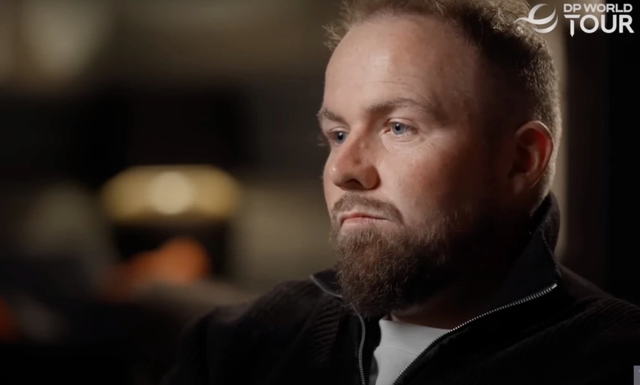 Shane Lowry: "When I think of Ireland, I think of home." MI DP World tour Twitter

Irish golfer Shane Lowry has returned to his roots this Christmas for a new mini-documentary series.

Shane Lowry, who is from Clara in County Offaly, returned home for the DP World Tour's "Roots" series, which explores the upbringings of golfers on the European Tour.

Lowry returned to a frost-covered Clara in the lead-up to Christmas and explored the moments that shaped his professional career.

He explained the importance of his first win at the 2009 Irish Open at the Louth County Golf Club on his Tour debut, which saw him become just the third amateur player to win on the DP World Tour.

He also explored the self-doubt that crept into his game in the months after his momentous debut win in addition to describing how life-changing that win proved to be.

Lowry explained the importance of GAA in his upbringing, discussing his father Brendan's role in the 1982 All Ireland-winning Offaly football team.

Brendan Lowry appears in the mini-documentary to discuss his son's golfing upbringing, while Lowry's wife Wendy Honner also appears in the short video.

His mother, grandparents, coach, and friends also make an appearance in the 10-minute clip, with Lowry's grandmother providing a beautiful rendition of "The Streets of Clara Town" toward the end of the video.

The Irish golfer, who famously won the British Open in 2019, also takes a trip to the Old Warehouse in Tullamore, which he opened as a gastropub in December.

"When I think of Ireland, I think of home," Lowry said in the video. "Our culture is to be friendly, outgoing, social people. I just love the fact that I'm Irish.

"I just love the people, the place, being from here. Everything about it."