Little Nellie Organ, born in County Waterford in 1903, had a profound impact on Catholicism, garnering attention from Catholics up to and including the Pope following her short life. 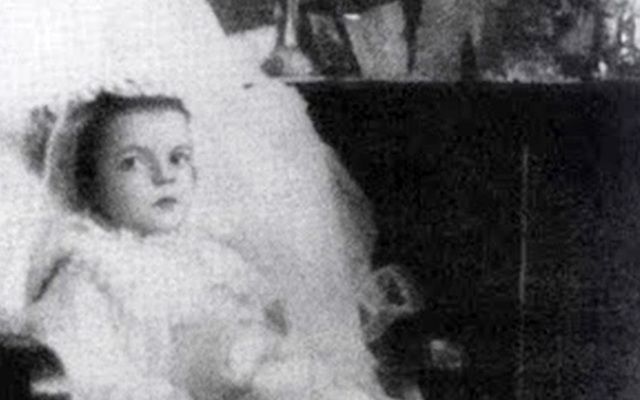 Prior to little Nellie’s death, the average age at which children received First Holy Communion was 12; after Nellie, it was seven.

A story reported from MGS Prayers tells the miraculous tale of Nellie Organ. Nellie, or Ellen, was born the youngest of four children in 1903 in Waterford. Soon after Nellie's birth, her mother fell ill and died from tuberculosis. Fearing he would not be able to care sufficiently for his four children, Nellie’s father placed her and her siblings into religious care.

Read more: How Father Flanagan was among Ireland's greatest heroes

However, almost immediately the nuns at Good Shepherd took note of Nellie’s spiritual nature and “mystical aura.” Soon after her admittance to Good Shepherd, the little girl was also diagnosed with T.B., the same ailment that had claimed the life of her mother.

From that point on, Little Nellie remained steadfast in her spirituality. Nellie kept a statue of the Infant of Prague next her bed, and often spoke of Holy God. The nuns were decided that ailing little Nellie should be permitted to receive her First Holy Communion, despite being only four years old.

Having received permission from the bishop, Nellie received the sacrament on December 6, 1907.

Unfortunately, Nellie’s health still quickly deteriorated and she was found to also be suffering from Caries, a condition that destroys the jaw. On February 2, 1908, Nellie passed away but only after weeping with joy in her final hours knowing that she would soon be meeting her Lord.

Nellie was laid to rest in her Communion dress at St. Joseph’s Cemetery in Cork, the site which would become a shrine for many.

However, the nuns of Good Shepherd felt it was only appropriate that Nellie be laid to rest at Good Shepherd where she spent the majority of her short but blessed life.

After a year and a half, the nuns were granted permission to exhume Nellie’s body to move it to Good Shepherd. It was there that the most miraculous of events associated with Nellie were noted.

Despite having been buried for a year and a half, Nellie’s body was in perfect condition, with her pendant looking as if it had been shined up like new. Most spectacularly, it appeared that Nellie’s hair had grown since her burial.

The nuns felt these were miraculous signs and notified the Pope. When the Pope heard the story of Nellie Organ he was convinced that something had to be done to commemorate her life. It was then that the Pope changed the age for First Holy Communion from 12 to seven years old, forever remembering Nellie, now known as Little Nellie of God.