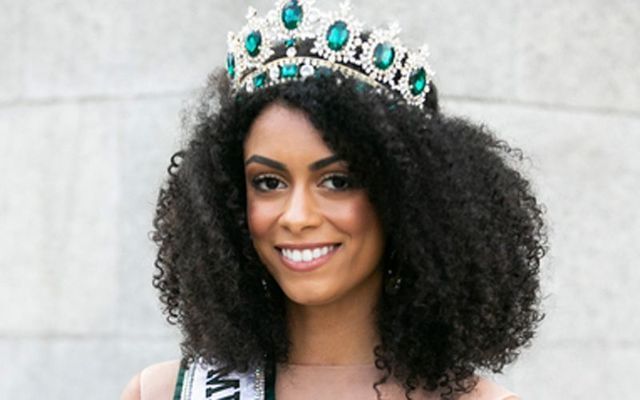 Miss Universe Ireland 2019 winner Fionnghuala O'Reilly has revealed that she changed her name for US television as it is too difficult for most Americans to pronounce.

O'Reilly said that she now uses the nickname "Fig" when appearing on US television as people can't remember her name.

The Irish model and engineer splits her time between Dublin and Washington and works as a correspondent on the CBS Show Mission Unstoppable. She is also a member of NASA's Datanaut Program and works as a director for space apps.

O'Reilly, who became the first woman of color to be crowned Miss Universe Ireland when she won the prestigious award in 2019, told the Irish Mirror that American people frequently ask her if she has a shorter name that they can call her.

She said that her mother was vociferously opposed to the nickname "Fig" and told her to be proud of her Irish name.

However, she said that the nickname stuck during her time in American schools and during her US television career, although she still goes by Fionnghuala when she is in Ireland.

"It is unfortunate and I do wish more people would take the time because I am Fionnghuala in my heart," she said. "Fig is great, I love it as a nickname, but Fionnghuala, you know deep down that’s who I am."

O'Reilly was born in Fort Knox, Kentucky after her Dublin father joined the US Army. Along with her five sisters, she studied in schools all over the world and said that she was proud to break the stereotype that no black people live in Ireland.

"A lot of people outside of Ireland have no idea there are people of color who live here. That is one stereotype I was very happy to break."

O'Reilly also recently revealed that she was chased by Donald Trump supporters during the Capitol riots on January 6 for not wearing a face mask.

"This morning, a man followed me, yelled at me, and chased me down because I wore a mask while on a jog," wrote on Instagram alongside a video of a man furiously berating her for wearing a face covering.