Irish-American Joseph Carr was the first unlikely hero of the NFL. 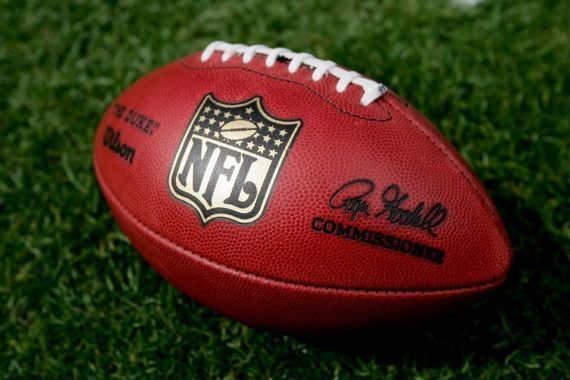 Joseph Carr was at the heart of the NFL in its infancy. Getty

With Superbowl LV set to take place this Sunday, we took a look at the life of the Irish-American man who shaped the history of the multi-billion organization.

This weekend sees the NFL season culminate with the defending champions, Kansas City Chiefs taking on Tom Brady and the Tampa Bay Buccaneers. The League is one of the most well-known and wealthiest leagues in the world with the season finale - the Superbowl - watched all around the world. The League began life as the American Professional Football Association (APFA) in 1920. Two years later it showed its intent by renaming it the National Football League. The first hero of the NFL wasn’t a legendary quarterback or a lightning-quick running back, it was a small, unassuming Irish-American office man named Joseph Carr.

Born in 1879 in the Irish neighborhood on the north side of Columbus, Ohio, his father Michael had emigrated from Ireland in 1864 while his mother Margaret (neé Hurley) was born in New York to Irish parents. As a young man, he often worked two jobs, sometimes three. His main job was working as a machinist on the railroads and he supplemented income as a sportswriter and sports promoter. In 1900 he combined the jobs by creating a baseball team from Columbus railroad employees. The semi-pro team became well known throughout the country.

In 1907 his football journey began. He reorganized an old railroad football team called the Columbus Panhandles. The team traveled all over the country playing matches. Carr began pressing for a professional football league and when the APFA was formed, the Panhandles were among the teams involved. While not involved in the setting up of the new league, in 1921 Carr was elected President of it. He would change the game forever.

Carr was at the heart of the NFL, and he was instrumental in the development of the League in the formative years. Before Carr, professional football was incredibly haphazard in organization with no proper structures in place. Teams and Leagues often started and folded within one season. He looked to baseball, the dominant sport in America, to give the structures needed to the struggling professional football game. Many things that are taken for granted today were implemented under his tenure. Carr drafted a league constitution and by-laws, gave teams territorial rights, developed membership criteria for the franchises, standardized player contracts, and organized proper schedules and league standings. In the 1930s, he brought in divisions and the idea of a championship match between the two division winners. Carr, with his strong organizing skills, resolved a number of early teething disputes that threatened to derail the League in its infancy. The team owners quickly realized that Carr was not someone to be messed with and his rules and decisions were respected around the League. He also managed to keep the prominent amateur college game onside.

At the time, the amateur college game was much preferred to the professional game but thanks to Carr and the initiatives he helped bring in, the professional game began its rise. Carr thought big. In the early 1900s up to the 1920s, teams were mainly based in small towns centered around Ohio, Illinois, and Indiana. Carr sought to move teams into the big cities because he knew that franchise stability was key in retaining fans. Among the teams that came on board during his time were the New York Giants in 1925 and the Pittsburgh Steelers in 1933, both sharing Carr’s Irish heritage.

The NFL in New York

In New York, Tim Mara would take control of a franchise. Getting a team in New York was vital. New York was the media capital of America and having a team in the city, would gain much more coverage. Mara, raised in the Irish community of the Lower East Side, was the perfect choice to bring pro football to the Big Apple. While he didn’t know much about the game of football, he knew the world of sports. By age 18, Mara was an established bookmaker in the city. If he could succeed in that dangerous, cutthroat business then he could succeed in the equally cutthroat world of professional football.

Through the years, other city rivals came and went but the Giants always remained thanks to Mara’s savvy operations. The Giants helped grow the game. Their dominant victory in a charity game against the Notre Dame All-Stars in 1930 is seen as the turning point in convincing the public that professional football could be as good as college football. The Giants loss in sudden death overtime to the Baltimore Colts in the 1958 championship final is widely regarded as the Greatest Game Ever Played. With the game being broadcast on TV, the dramatic finale marked the start of the NFL’s ascent in popularity. The Mara’s continue to have an interest in the Giant’s with John Mara currently President, CEO and co-owner. He’s the third generation connecting the family to the Giants who are the fourth oldest NFL franchise that is still active.

As was a common occurrence, the Giants took their name from the local baseball team. The Baseball Giants also had strong Irish links through manager John McGraw. At one point in the early 20th century, they were commonly referred to as the Hibernian Giants because of the number of Irish surnames on the roster. Those Giants would move to San Francisco in the late 1950s as part of baseball’s drive west. In 1925, both the baseball and football Giants shared the famous Polo Grounds stadium. The first captain of the football Giants was Irish born Bob Nash and the team finished fourth in their first season.

The Giants are now one of the most famous gridiron teams. Pre Superbowl, they won four Championships, their first in just their third season. They’ve won four titles in the Superbowl era with the 2007 and 2011 wins being coached by Irish-American Tom Coughlin and Eli Manning with distant Irish roots at quarterback. Both these victories were shock wins against the New England Patriots with the Giants defying all odds and going on Cinderella runs after scraping into the playoffs both times.

The Patriots too have Irish roots, being founded by Billy Sullivan as the Boston Patriots in 1959 to compete in the new American Football League (AFL) which started in 1960. The Patriots hadn’t enjoyed much success until coach Bill Belichick and quarterback Tom Brady changed everything. Under their leadership, the Patriots won six Superbowls between 2001 and 2018.

The Giants' first game in the 1933 season was against a new team from Pittsburgh. Like the Giants, the Pirates were named after the city baseball team before they rebranded as the Pittsburgh Steelers in 1939. The “Chief” behind the team was Art Rooney. Rooney’s Irish connection went back to the Famine when his great-grandparents left Newry, Co. Down for Montréal before eventually ending up in Pittsburgh because of the booming industry which years later would give the football team its name – steel. The family looked after busy workers in their café and saloon just a block away from the home of the Pirates baseball team. Art Rooney loved and played sports especially baseball, American football, and boxing. He was involved in the ownership of some semi-pro football teams before joining the NFL for $2500, a considerable fee at the time.

The Steelers would go over 40 years without winning the national title. The Football team was seen as something of a joke in a city preoccupied with their baseball team. Then in 1975 that all changed. They won two Superbowls on the bounce and again in 1978 and 1979 creating a footballing dynasty. When they won in 1975, the players presented the match ball to Art Rooney as a reward for his faith in the team. The Steelers are now among the most successful franchises. They added two more titles in the Superbowl era tying with the Patriots for most titles in the era. Art Rooney was loved in the city of Pittsburgh and in the game of football as a decent and generous man. The Steelers have remained under the ownership of the Rooney family since the 1930s.

The 1930s saw other rival professional leagues attempt and fail to overtake the NFL. One such league was the American Football League which lasted two seasons, the champions in the first season were the Boston Shamrocks. Despite this pressure, Carr still continued to double job throughout his time as NFL President. In the 1920s, he was part of the team behind the formation of the American Basketball League (ABL) an early attempt at a professional basketball league. He served as President for the first three years and helped grow the League immeasurably. While always involved with baseball throughout his career, in the 1930s he was involved with Minor League Baseball helping to grow and develop the Leagues successfully.

In 1939, he was elected to a 10-year term as President of the NFL but two months later he would be dead, suffering a heart attack and dying a few hours later at the age of 59. He had dreamed that one-day professional football would rival Major League Baseball as America’s favorite sport and while he may not have seen that occur in his time, Pro football grew and grew particularly with the arrival of the Superbowl and the merger of the AFL and the NFL in 1970. Today, the NFL is the top League in the United States with 32 teams across the States from coast to coast.

Joseph Carr couldn’t be classed as forgotten. After his death, the League MVP trophy was named in his honor but this was discontinued in 1946. He was an inaugural inductee to the Pro Football Hall of Fame and many refer to him as the Father of Pro football. Yet, it is certainly fair to think that his impact is underappreciated today. The League that millions of Americans and others follow each week would look quite different without the structures and organizational skills that Carr brought. As Tom Brady dukes it out with Patrick Mahones, spare a thought for Joseph Carr who deserves the credit for laying the foundation stone upon which the NFL has built and thrived.

* Samuel Kingston is a freelance TV producer, writer, and local historian from Clonakilty, West Cork. He is currently writing a book – “The Sporting Irish” – which tells the story of the Irish impact on sports around the world.