Mark Boyle had a vasectomy at the age of 30 because the world is "not a place he wanted to bring kids up in". 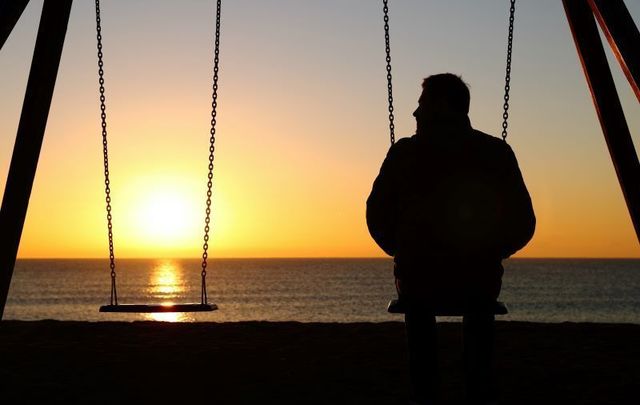 An Irishman who had a vasectomy because he didn't want to bring children into this "big, bad world" has revealed that he struggles to find romantic relationships.

Mark Boyle, 40, had a vasectomy ten years ago "against all sorts of advice" because he is worried about the fate of the world.

Speaking to Ben Fogle on the Channel 5 show "New Lives in the Wild", Boyle said: "There's going to be 10 billion people very soon, the world's kind of an artificial intelligence world. I didn't really see this as a place I wanted to bring up kids in."

However, he said that the decision has had a detrimental effect on his love life and that one of his ex-girlfriends left him heartbroken because she wanted to have children.

He said that he has lost other relationships because of "the big bad world".

"I've lost girlfriends in the past because of the city, it makes me feel angry at the big bad world that just keeps winning."

In spite of his heartbreak, Boyle urged people to "keep loving as much as you can in life".

Boyle, who lives about an hour from Galway City, has been living off the land since 2008 when he decided to quit his job at a sustainable health food shop in Bristol and move to the west of Ireland.

He has been living off the land without electricity or modern technology ever since and he told Fogle that his lifestyle has allowed him to get in touch with nature.

Boyle grew up as an orphan in Ireland and lived completely without money for three years. His moneyless experiences inspired him to pen the best-selling book "The Moneyless Man", which documents the challenges he faced while going an entire year without spending money.

He bought a plot of land in Galway with the proceeds from the book and has since built a cabin and a hostel on the site. In keeping with his moneyless ideals, doesn't charge travelers anything to stay at the hostel - called the Happy Pig - and said that he set up the hostel for anyone looking to leave society behind for a while.

Fogle visited Boyle's home in the middle of winter at a time when there was little to eat but fish and kale that Boyle grows in his garden. However, Boyle told Fogle that the difficult winter experiences allow him to fully appreciate plentiful food supplies in spring.

"This is what is traditionally known as a hungry gap, where there's less food available,' he told Fogle.

"In the modern age, we don't really experience that because we go to the supermarket, but when you live as I do, the hungry gap is a real thing.

"It reminds us that food is not a given thing in life. When spring comes, you really appreciate your food."

Nevertheless, Boyle said that he still enjoys going to the local pub to chat with his neighbors.

"He has his values and his philosophy but he also enjoys it and finds a place to let his hair down and he will break from his ideas and philosophy," Fogle said during the show.