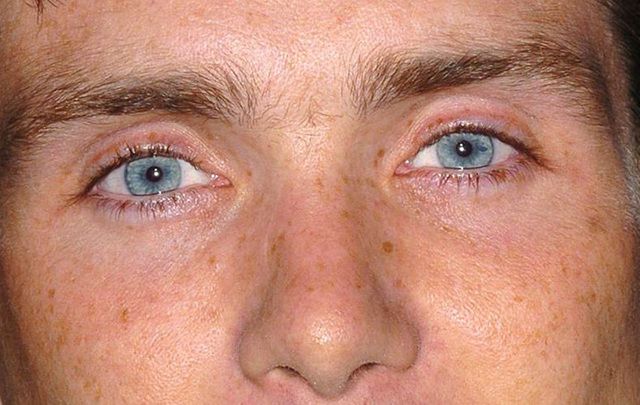 Look at those eyes!! A prime Irish hottie from Douglas, County....Can you guess who own them?

Forget Ryan Gosling, Gwyneth Paltrow or Jennifer Lawrence! We’ve put together our list of Irish hotties who don't get enough credit. It’s a tough old job but someone had to do it.

Yes, we here at IrishCentral took on the painstaking job of staring at countless images of attractive Irish men and women to determine the 10 hottest.

And now here they are: the hottest ten out of Ireland – enjoy!

Yes, Colin Farrell and Michael Fassbender are Ireland's reigning handsome devils, but these five Irishmen are just as good looking, put-together and talented, if not more so...

The County Cork native is a successful actor, both at home as a leading man in movies like “Intermission” and “The Wind that Shakes the Barley” and overseas as the “bad guy” in movies like “Batman Begins" and “Red Eye” and of course, the massive hit “Inception” alongside Leonardo DiCaprio.

Whatever the role, we appreciate Cillian’s (pronounced KILL-ian’s) talent - and looks.

He’s earned awards for his television work (for “The Tudors” and “Elvis"), critical acclaim for his film work (most notably for his role in the crazy-fantastic glam rock flick “Velvet Goldmine”  and for his endearing part in the hit “Bend It Like Beckham”  and is known as a talented singer and model, posing for the likes of Hugo Boss.

But if his talent isn’t enough to make you fall for him, keep in mind, he ain’t that bad looking either …

Our one and only sportsman that made the list. “The Derry Destroyer” may sound scary, but when you get a look at him, fear will be the last thing on your mind.

Ireland’s famous middleweight boxer is known in the States for his fights at Madison Square Garden, including his St. Patrick’s Day fight against Leonard Pierre – all of which he won.

He is also known for his rugged handsomeness. Duddy has won over fans with his athleticism, looks and his commitment to Irish immigration reform in the U.S; the boxer has attended numerous Irish Lobby for Immigration Reform meetings, and even entered the ring in March 2006 donning an ILIR t-shirt.

Nooo, this is not just Charlize Theron’s ex-partner – this is the handsome face of one of Ireland’s gifted actor/directors.

So technically he’s Irish American, but comedian Des Bishop is widely considered an honorary Irishman since he lived in Ireland since he was 15, has created numerous Irish TV shows and is now fluent in Gaelic (and well on his way to mastering Mandarin).

New York City-born Des is famous in Ireland for his hilarious comedy shows and his stand up (and for singing “Jump Around” in Gaelic – “Léim Thart”).

And next time you watch Jim Sheridan’s excellent film “In America,” keep on the lookout for a high as a kite, hip-hopping Wall Street type – that’d be our Des!

Irish women may not be in the global spotlight as much as Irish men (something we do not understand and seek to correct), but that doesn't mean there aren't plenty of good looking, talented Irish lasses around!

This raven-headed beauty is easily one of Ireland’s best looking women. And age has done little to change this.

In 2000, Corr was voted 26 on FHM’s “100 Sexiest Women” list – no doubt if such a list were restricted to Irish women, Corr would rightfully stake her place at the top.

It’s certainly the case that she faces stiff competition in the looks department in her family from sisters Sharon and Caroline, but Andrea just about comes out on top.

Probably one of the best things to have happened to Irish music in a long while was for Damien Rice to have kicked Lisa Hannigan out of his band. Hannigan had been his backing singer and was always the best thing about a lot of Rice’s songs. Rice came across as being an entirely self-absorbed misery guts; Hannigan’s debut album "Sea Sew," was an altogether more charming affair, and one of the best solo albums from an Irish singer-songwriter in years. Her star keeps on rising.

And did we mention how gorgeous she is? She looks like the kind of girl who doesn’t actually know she is ridiculously hot, making her even more hot.

Cute in a very indie-chick kind of way, Gemma Hayes, from a village called Ballyporeen, County Tipperary, has been on the music scene in Ireland for a few years now. Presumably she was the inspiration behind the Counting Crows song, "Washington Square," when he sings "I wandered the highways from Dublin to Berkeley / And I heard the songbirds of Ballyporeen."

And looking at her, it’s easy to see why Adam Duritz would feel inspired a song about her.

Coyle famously lied on her application form for an Irish version of "American Idol," saying that she was 18 when she was in fact 16. She was one of the winners of the show, and got to join a pop band called Six. When the truth was uncovered, she was booted out of the band – the best thing to have ever happened to her.

Later, she entered "Popstars" (a U.K. version of "American Idol") and won. She was in the band that emerged from that, Girls Aloud, which became one of the most successful British pop bands of the decade. (Today, Six are available for children's birthday and various other family functions.)

The first, and only, Irish Miss World, Davison is also famous for the being the daughter of Chris de Burgh. De Burgh was the singer of the song "Lady in Red," beloved of cheesy romantics everywhere. (The most recent survey on this song found that over 2 million couples claim this as “our song.”)

Under normal circumstances, we might not forgive De Burgh for his crimes against music; but he can surely plead some clemency on the basis of having raised such a gorgeous daughter. (Although maybe this didn’t work as an excuse when his wife, recovering from a serious horse riding accident at the time, discovered he was having an affair with their nanny.)