Dr. James Barry and Albert Cashier, two of the most famous women who lived as men, were both born in Ireland. 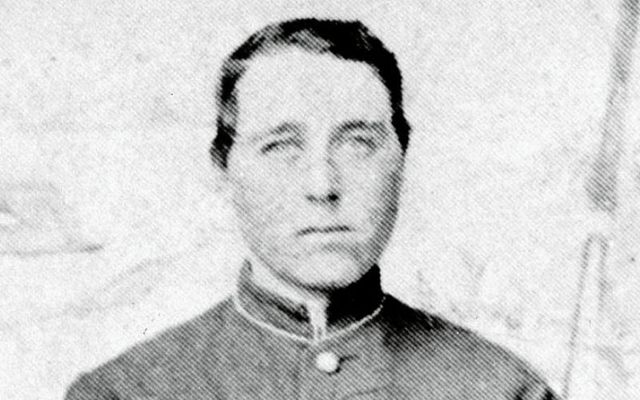 No one knows how many women lived as men throughout history, whether out of identity, preference, or simply to survive.

Only the stories of those who revealed their stories, such as war reporter Dorothy Lawrence, or those who were found out in life or in death, such as the jazz musician Billy Tipton, are remembered.

Two of the most famous and well-documented women who lived as men were Irish.

Jennie Hodgers, a hero of the American Civil War, was born in Clougherhead, Co. Louth in 1843 and immigrated to the US as a young girl. Not much is known about her early years, but it’s thought that she began dressing and living as a man long before the war began. On August 6, 1862, she enlisted with the 95th Illinois Infantry under the name of Albert Cashier.

Hodgers was not the only one. Estimates say at least 400 women soldiers fought on the two sides of the conflict – some fighting for patriotism, some to be with their husbands or brothers, others to earn a steady income and, if they survived, a pension. That even that many chose the dangers of the battlefield and the chance of being discovered over the few options available to poor, single women at the time speaks to how limited those options were.

At a time when many younger boys lied about their ages in order to join up, it would have been easy to write off Hodgers’ small stature and smooth face to youth. Indeed, there is no record of Cashier’s comrades ever questioning his sex. By all accounts, Cashier excelled as a soldier, serving straight through until August 17, 1865, and taking part in over 40 battles and skirmishes.

A post in the New York Times’ Disunion blog reports that when captured at Vicksburg Hodgers managed to escape by stealing the guard’s gun and outrunning the soldiers who followed in pursuit. In a later battle, Hodgers braved open enemy fire just to climb a tree and re-attach the company’s flag, which had been taken down.

After the war, Hodgers continued to live as Cashier for close to 50 years, settling in the town of Saunemin, IL. Unable to read or write, as a man Hodgers was able to secure a variety of jobs, including farm laborer, handyman, and, later, chauffeur to State Senator Ira Lish. While under Lish’s employment, Hodgers was hit by car and sustained a severe leg injury. The doctor who treated Hodgers discovered the truth but agreed to keep the secret safe.

By 1911 the beave veteran was living in the Soldier’s and Sailor’s home in Quincy, IL where, by some accounts, a few staff members knew of Hodgers' sex but kept it secret. Suffering from dementia, in 1913 Hodgers was moved to the Watertown State Hospital for the Insane, where attendants discovered their new patient was physically a woman. This time, the story was leaked to the press, who took a great – and in many cases admiring - interest.

After half a century of living as a man, Hodgers/Cashier was forced to wear a dress for the final years of life.

Passing away on October 11, 1915 Hodgers was laid to rest in a Civil War uniform under a tombstone that read “Albert D.J. Cashier, Co. G 95Ill. Inf.”

Dr. James Barry was an esteemed military surgeon in the British Army, eventually rising to the rank of Inspector General of military hospitals. Among his many achievements were the improvement of conditions for wounded soldiers and the first cesarean section operation in Africa to see the survival of both mother and baby.

Upon his death in 1865, it was discovered that Dr. Barry was physically a woman – the first woman in the British Isles to qualify as a doctor.

With her father in prison and her older brother estranged, Margaret and her mother were left to fend for themselves. A series of correspondences with the family’s lawyer has led historians to conclude that in 1809 Margaret disguised herself as a boy, assumed the name James Barry, and sailed with her mother to Scotland, where she enrolled in the medical school at the University of Edinburgh. She lived as a man from then on.

Barry qualified as an MD in 1812 and moved to London to continue studying. In 1813, Barry took the examination for the Royal College of Surgeons of England and qualified as a Regimental Assistant, taking up posts in Chelsea and Plymouth, and then India and South Africa.

Further promotions would take Barry around the world: to Mauritius, Trinidad and Tobago, Malta, Corfu, the West Indies, Jamaica, and Canada.

Throughout these postings, Barry was known for his dedication to improving both living and hospital conditions for women, children, soldiers, and the poor. Concurrently, Dr. Barry was also known for a tendency to ruffle feathers of those in local politics and for disagreements with some figureheads back in England. A letter by the famous nurse Florence Nightingale recounts an unpleasant dispute with the doctor.

Dr. Barry retired in 1864 and died from dysentery the following July. Sophia Bishop, the charwoman who tended her body, made Dr. Barry’s sex known publically.

Barry was buried in Kensal Green Cemetery under the name James Barry, and with full rank.

After the discovery of Barry’s sex, the British Army sealed all relevant records for 100 years.