Irish wedding parties are not for the faint of heart

Considering what I wrote last week about Irish guys being immature, I was very surprised when one of my Irish classmates invited me to attend a wedding with him down in Wicklow. 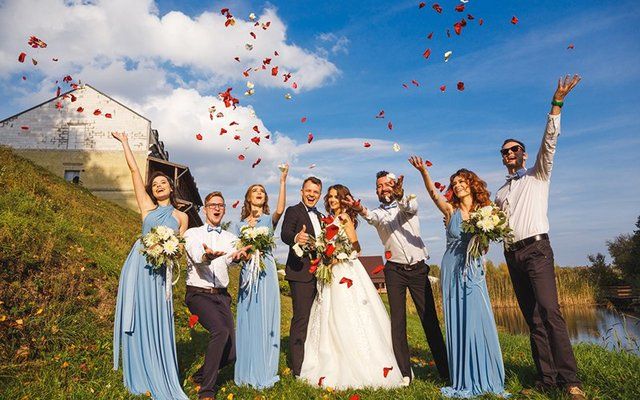 Considering what I wrote last week about Irish guys being immature, I was very surprised when one of my Irish classmates invited me to attend a wedding with him down in Wicklow. I wasn’t too sure if he was interested in me, desperate for a date, or just wanted to show me that Irish guys are fun, but I really didn’t care either way. I never pass on an opportunity to dress up and I was excited to finally have an excuse to wear the new dress I had recently spent way too much money on.

Now, generally speaking, weddings in America typically start on the day of the actual marriage; however, I quickly found out that in Ireland the celebrations actually start the night before and continue for a whole weekend. In this case, there was a huge gathering in the hotel on Friday night, where everyone mingled, danced, and had a very merry night, including the bride and groom to be. To be honest, when the bride announced she was leaving early, I thought 10:00pm at the latest, but at 1:00 a.m. she was only getting around to hugging everyone goodbye. That groom of hers, however, was still partying it up until 4:00 a.m.! (If I were that bride, I would have killed him, but I guess she’s a different sort of girl than I am.)

The next morning, I expected there would be a couple of sore heads at breakfast, but I was wrong. Everyone was chatting away, talking about how great the night was and how they couldn’t wait to get started with their partying all over again! When we arrived at the cutest little church, I couldn’t help but notice the summer dresses that all of the girls had on them. I’m telling you people, they were dressed as if it were sunny, Florida weather, rather than November in Ireland!

After the ceremony, nobody was in a hurry to get to the reception. Instead, every car was headed to a little ‘stop-off’ pub for more drinks and refreshments (including a traditional Irish music session); people literally had to be dragged out of there just to get to the reception.
With all of the speeches, toasts, and dinner, I don’t think the party got started until 9:30pm. If I were back home, we would all be wrapping up our wedding cake, ready to head back to our abodes. Instead, grandmothers, uncles, aunts and kids were all rocking that dance floor until the wee hours of the morning. Trust me dear readers, if you ever get the chance to witness ‘knee slides’ by grown Irishmen in rented tuxedos while trying hard not to spill their pint, this is the only place to do it. Not one for letting myself go, I was whisked off to the dance floor by a burly man saying ‘Come on Catelyn, you’re at a wedding, not a funeral!’ (However, I have a little sneaky feeling that funerals are just as fun as the weddings!)

The one thing that really surprised me, though, was the bar. Now I was expecting a free bar, because I have never been to a wedding before where you have to pay for your own drinks; however, by 3:00am with everyone desperately trying to get their last 8 pints ordered before the bar closed, I can clearly see now how it would cost the same as a new car here to pay for it.

Assuming everyone would be heading to bed by now, I heard the Best Man call out ‘Lads, we’re off to the Residence Bar’ – Seriously?! We were drinking all day long and apparently the ‘best craic’ only starts when the real party begins in a living room where they serve you drinks until breakfast is being served. I’m not lying here when I tell you that there were sausage sandwiches being served up with our drinks at 7:30 a.m. and I finally got to bed at 8:00 a.m.

Now I had to brace myself when I was told that we still had one more night to go of this wedding because I didn’t think my body would be able for a third night of festivities. A huge ‘indoor BBQ’ style buffet was put out for the last night and everyone was still there holding up pints crying ‘Slainte’ when they took their first sip.

This is unheard of in America, as anyone would be afraid they might recommend a good AA meeting to you if they heard that this is what a typical wedding is. I think I might have slept two straight days after we returned to Dublin.

Reflecting back on the weekend though, there is only one thing I have to say- ‘Americans, take note, THIS is how you should tie the knot!’