Irish-born Thomas Bracken penned "God Defend New Zealand" in the 1870s; over a century later, the song would become the country's national anthem. 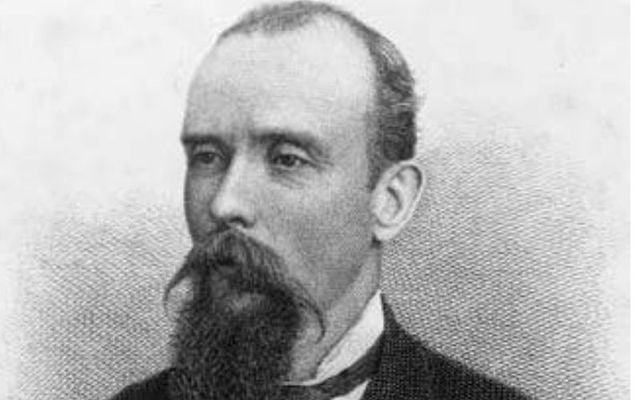 In 1977, New Zealand adopted "God Defend New Zealand as its national anthem. Did you know that the song was written by an Irish immigrant more than 100 years previously?

Irish-born poet Thomas Bracken was born in Clonee, County Meath, in 1841 and moved to Australia at the age of 12 after both of his parents died at a young age.

The young Irish immigrant spent several years working in various jobs in the Australian region of Victoria before moving to Dunedin, New Zealand, in 1869 at the age of 27.

At the time, New Zealand was a British colony and therefore used "God Save the Queen" as its national anthem. However, the arrival of a young Irish writer would eventually change all of that.

Bracken quickly came to prominence as a talented writer in New Zealand, winning the Otago Caledonian Society's prize for poetry in January 1869 before landing a job as a journalist at the Otago Guardian.

In 1875, he helped establish the Saturday Advertiser - a weekly newspaper where he would eventually publish New Zealand's national anthem.

Bracken published his five-stanza poem - "God Defend New Zealand" - in the newspaper on July 1, 1876, and asked readers to put the words to music. Local teacher John Joseph Woods, whose parents were Irish, was announced as the winner of the competition and the song became an instant hit.

Bracken awarded Woods ten guineas for his efforts and eventually gave him the copyright to the poem, allowing Woods to publish the poem in several publications.

The song remained popular in the early 1900s and the Government of New Zealand officially purchased the rights of the song in 1940, making it a national hymn.

The 1972 Olympic Games marked a turning point in the song's history, and advocates launched a campaign to make it the national anthem in the following years.

Bracken, meanwhile, swapped his writing career for a life in politics and represented Dunedin in New Zealand's parliament from 1881 until 1890.

He proved to be a liberal politician and strongly criticized the government's treatment of the native Māoris, while he also condemned Britain's treatment of Ireland.