What is the Irish Christmas season tradition of Daisy Day?

A New Year's Day tradition dating back to the 1940s a Daisy Day hunt will take place on St. Stephen's Day this year. 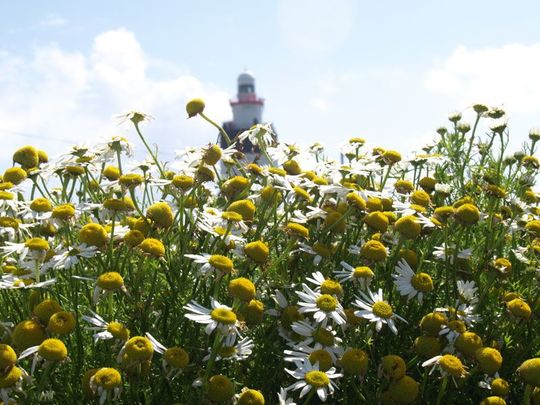 Who will "win the hunt" at Hook Lighthouse in County Wexford this St. Stephen's Day?

The Daisy Day tradition started at Hook Lighthouse, in County Wexford, and dates back to 1943 and while the practice disappeared for over 60 years it is currently being revived.

Children would hunt for daisies around Hook Lighthouse, on of the oldest lighthouses in the world. The first child to find a daisy would "win the hunt". All the children who found flowers would receive pennies.

According to Hook Lighthouse's records, “The child who found the first daisy would win the hunt but lots of children would receive pennies from the families in the area.”

Nowadays they're given chocolate pennies.

Niamh Waters of Hook Lighthouse told the Irish Independent"All of the people on the Hook Peninsula would join in the hunt for daisies on New Year's Day, it was a very popular tradition and it very much brought the community together. The child who found the first daisy would win the hunt but lots of children would receive pennies from the families in the area."

This St. Stephen's Day 2021 a Daisy Day is planned at the Wexford lighthouse.  Free afternoon entertainment will also be on offer and a treasure hunt will take place, plus there will be art workshops with resident artist Rose.

Hook Lighthouse is renowned as the oldest intact working lighthouse in the world, from the 5th-century monks lit fires to keep the ships at sea safe. The Hook Lighthouse tour incorporates 115 steps to the top of the lighthouse tower featuring holograms illustrating the ancient history of the tower and the Hook area and spectacular views of the southern coast.