Trying to decide on a baby name? We've some gorgeous gender-neutral Irish ones! 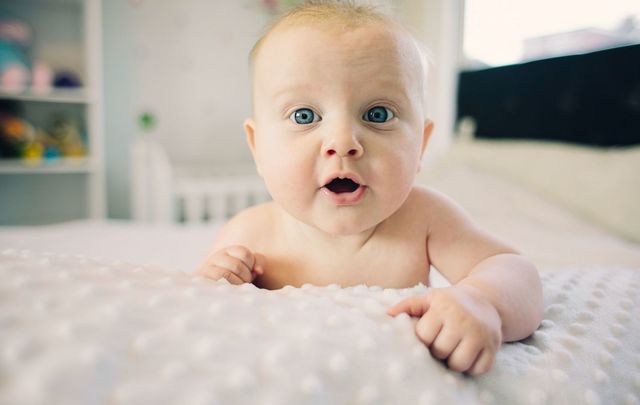 Looking for an Irish baby name that reflects your family names and heritage and pondering going for something unisex? Check these out.

Choosing your baby's name is a big deal! Most people want to find a name they love and many want to find a baby name that reflects their family roots and the family name also. These days many are turning to unisex names, which is especially useful if you haven't found out your little one's gender.

These gorgeous Irish names are perfect for boys and girls and we just love them!

Here are our top picks of gender-neutral Irish names and a little bit about their meaning and history.

This Irish name means " little and fiery". This is a variation of Aidan, an anglicized version of the Gaelic name Aodhán.  Aidan/Aodhán was originally a pet form of the Irish name Aodh (pronounced 'ee'), who was the old Celtic god of the sun and fire.

This Irish name means ”raven”. It is a way of saying “beauty with hair as dark as a raven."

This one's challenging for none Irish speakers but it's pronounced "key-lyn". This Irish name means slender and pure in Irish. This was the name of several Irish saints.

This is a common Irish choice for boys and girls. It can also be spelled Daire or Darragh. The name is derived from the Old Irish word daire (modern Irish doire), which means oak. In Celtic mythology, Darragh also meant Dagda, the Celtic god of the underworld. It also means strength and perseverance.

Dylan comes from the word dealan in Irish meaning  ”a flash of lightning”. It's also thought that it comes from the Irish words for faithful and loyal.

This Irish name has several origins. In Irish, it comes from the word fionn meaning white and fair.

Logan is an anglicized form of the surname O'Leoghain meaning descendant of Laochan. Laochan itself derives from the Gaelic laoch "warrior" and the diminutive suffix -án.

In Irish, Oran can also be spelled Ordhran. In its Irish origin song.

Peyton, most commonly known as a surname, has its originals in the Irish name Patrick! Doesn't get much more Irish than that.

Quinn, in its Irish origin, means counsel.  A common surname in Ireland it's often used as a first name. The surname derives from O'Cuinn meaning descending from Conn. Conn comes from the Irish word ceann, meaning “head,” and denotes a person of high intelligence.

Rory is an anglicization of the Irish names Ruairí, Ruaidhrí, Ruaidhrígh, Raidhrígh or Ruaraidh. The meaning of the name is red-haired king.

The origin of this name comes from a native tree in Ireland, the rowan tree. The name means little redhead.