WATCH: A romantic drama filmed in Killarney more than 100 years ago

The Irish short film "You Remember Ellen," though more than a century old, tells a timeless tale of romance in Killarney, Co Kerry. 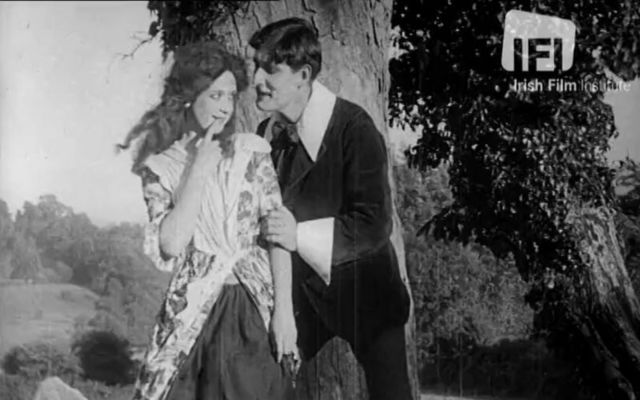 "You Remember Ellen" was filmed around Killarney, Co Kerry in 1911. Irish Film Institute

"You Remember Ellen" is now available to stream for free on the Irish Film Institute's IFI Archive Player.

A romantic drama of love across the economic divide, the short Irish film "You Remember Ellen" was adapted by Kalem scenarist Gene Gauntier from Irish poet Thomas Moore's poem of the same title.

In the short film, a humble, hard-working farmer’s daughter (Gauntier) lives a simple life until she happens upon a handsome young man on a country road. They fall in love, marry and live at first in her modest family home.

However, when it is time to visit his homestead, she discovers her new husband isn’t quite the man she thought.

The film shares the picturesque surroundings of Killarney, Co Kerry which were a significant part of the appeal to US emigrant audiences.

"You Remember Ellen" is part of the Irish Film Institute's O'Kalem Collection.

The O'Kalem Collection at the Irish Film Institute

The O’Kalem Collection includes films directed by Sidney Olcott for The Kalem Company ("The Lad From Old Ireland," 'Rory O’More," "The Colleen Bawn," "His Mother." and "You Remember Ellen"), for the Gene Gauntier Feature Players (For "Ireland’s Sake," and "Come Back to Erin"), and the Lubin Company ("Bold Emmet Ireland’s Martyr").

When New York’s Kalem Film Company came to Ireland in 1910 to make the short film The Lad from Old Ireland, they made cinema history – the film was the first made by an American production company outside the US and also the first film ever made on two continents (and the Atlantic Ocean in between).

Actor/director Sidney Olcott and actor/writer Gene Gauntier returned to Ireland several times between 1910 and 1915 to produce almost thirty Irish-themed films and earned themselves the nickname the O’Kalems in the process. The majority of their films were made in and around Killarney, Co Kerry, making extensive use of the dramatic landscape and employing locals as extras.

The O’Kalem films can be considered important not only for their claim to be the first fiction films made in Ireland and on two continents, but also because they tell us much about the Irish emigrant experience in America at the start of the 20th century. They are also fine examples of silent-era filmmaking by a large American studio. For several decades, the IFI Irish Film Archive worked to identify extant copies of the O’Kalem films held in international film archives, to centralize them and retrieve copies of them for the benefit of Irish audiences.

"You Remember Ellen" is published here with thanks to the Irish Film Institute (IFI), who IrishCentral has partnered up with throughout 2022 to bring you a taste of what their remarkable collection entails. You can find all IrishCentral articles and videos from the IFI here.