The Yorkshire Ripper's first victim was an Irish woman who survived 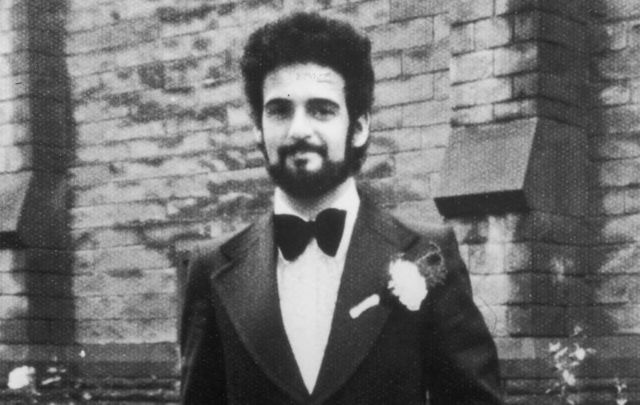 Peter Sutcliffe, known as The Yorkshire Ripper, murdered 13 women and attempted to kill seven more. One of the survivors - his first victim - was Irish woman Anna Rogulskyj.

*Editor's Note: Peter Sutcliffe, "The Yorkshire Ripper," died in hospital at the age of 74 on November 13, 2020 after reportedly refusing treatment for coronavirus. Sutcliffe, who had other underlying health conditions, was in the midst of serving 20 life sentences after being convicted for his crimes in 1981.

In the book "Somebody’s Mother, Somebody’s Daughter: Victims and Survivors of The Yorkshire Ripper," author Carol Ann Lee tells for the first time the stories of those women who encountered the murderous Sutcliffe, restoring their individuality and giving them a voice. Every chapter of the book is dedicated to the victims.

Born Anna Patricia Brosnan, she was originally from Tralee in Co Kerry. When she was 15, she moved to Yorkshire, England, to live with her older sister.

Anna married Roman Rogulskyj, a man six years her senior when she was 21. The marriage ended 18 years later in July 1973.

Sometime later, she began a relationship with Geoffrey Hughes. The relationship was volatile, and Hughes was abusive. Anna would learn much later that he had been discharged from a psychiatric hospital with a recommendation to “keep away from women for five years.”

On July 4, 1975, Anna told Geoff she wanted to go out by herself. The conversation ended in a fight and she left. Anna spent the evening with friends, who dropped her home at midnight.

When she got home she discovered Geoff moved out and her kitten was gone.

She decided to walk to Geoff's house to confront him. On her way there, a man asked her if she “fancied it” to which she replied: “Not on your life!”

Geoff wasn't at home. Anna hammered on the door, broke his window with her shoe, and left to go home.

As she passed a wide alleyway at the end of the terrace, the man who had propositioned earlier before emerged from the shadows.

At 2:20 am, a young man taking a short cut through the alley found Anna lying unconscious, face upwards in a pool of blood at 2:20 am.

At the General Infirmary in Leeds, Anna required a 12-hour operation to remove the many shards of bone in her brain.

He also found defensive bruising on her arms and, on her abdomen, a graze about seven inches long with six or seven deep scratches above it, inflicted by her attacker.

He found no evidence of sexual interference.

West Yorkshire Detective Superintendent Peter Perry headed the investigation. Both Geoff and the young man who had found her were questioned and eliminated from the inquiry.

A neighbor of Geoff's told investigators that Anna had broken the window between 1 am and 2 am and that he had seen a man in his 20s or 30s, about 5ft 8in tall and wearing a checked jacket, around the time of the attack. Unfortunately, this information did not lead to the attacker.

For Anna, men would not feature in her life again. Leaving home became a challenge for her. She would keep to the edge of the pavement, panicking if anyone walked behind her. She died aged 75 in 2008.