After the tank was rammed, the troops scattered and one Irish Guardsman found himself in a ditch with the Germans. He gave a smart salute and leapt out to join his comrades. 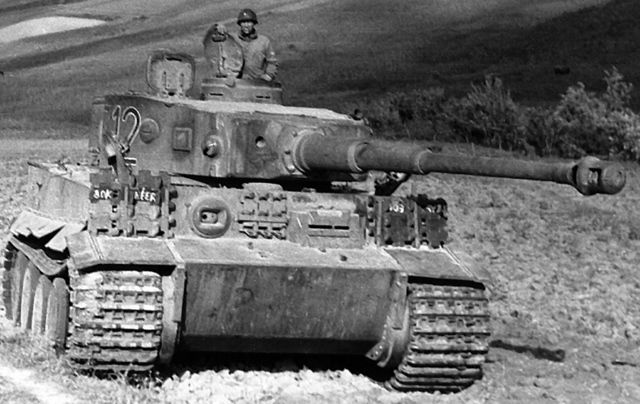 Sir John Gorman lived a life eventful by any metric.

A Catholic, an Ulsterman and a unionist politician, he joined the Irish Guards in 1942 and attained the rank of Captain by the time he returned to civilian life in 1946.

He made his name chiefly for his actions during Operation Goodwood as the Allies fought their way through northern France.

On June 18 1944 he and a group of men under his command were driving a group of M4 Sherman tanks when they ran into four German tanks some 900 feet away. One of them was a feared mark called a King Tiger whose gun was already trained on the British tanks.

When previously discussing what they would do if they ran into a King Tiger Sir John told his men, “The only thing we can do is to use naval tactics — if the 88mm gun is pointing away from us, we shall have to use the speed of the Sherman and ram it.”

But on this occasion luck was on their side.

“Having a conference, they were,” Gorman later recalled. “Sitting in the middle of the field.”

The tanks under his command were considered noisy but the Germans seemed to be wholly oblivious to their presence. 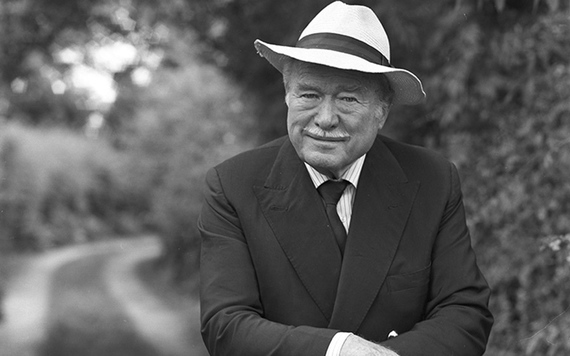 But nothing happened. Their gun had completely jammed up, leaving them staring face to face with enemy troops.

So Gorman decided the only option would be to ram a tank against the German’s and he sent one over the steep hill where it collided at great speed with the enemy’s.

The German, having to their act together, now began firing on the Irish Guards at the top of the hill, killing three and wounding the same number again.

As the British tank careered into the King Tiger at an estimated 40mph and both crews lept into nearby ditches.

All except Guardsman Hugh Agnew who realized to his horror that he had piled into the same trench as the Germans. He gave a smart salute before leaping out to rejoin his comrades.

Once reassured that his men were all safe Gorman sprinted back to a remaining tank where he fired at the Tiger to completely disable it before dragging three wounded to safety.

For his actions he was immediately recommended for a Military Cross - presented to him by none other than Field Marshal Montgomery himself.

The Guardsman then proceeded on to Brussels where they were hailed as liberators; one elderly woman presented him with a book an Irish Guardsman gave her parents in the First World War called, “Some Experiences of an Irish RM [Royal Marine]”.

As a Captain he was called to attend a briefing ahead of Operation Garden Market which would see the Allies unsuccessfully try to advance into Germany.

Lieutenant General Sir Brian Horrocks informed him that the “honor of leading this great dash which may end the war” would be given to the Irish Guards.

Gorman replied with with a groan, “Oh, my God, not again!”

After leaving the Army in 1946 he joined the RUC in Antrim where he shortly encountered Ian Paisley who objected to a Catholic pilgrimage being established to a local holy well. Gorman arranged for a RUC guard to accompany the pilgrims.

In 1960 he left to join the British Overseas Airways Corporation as chief of security and worked all over the world for the company.

He returned to Ireland in 1979 and, after an interlude in the civil service, was elected as an Ulster Unionist legislator for North Down in the new Northern Ireland Assembly - the sole Catholic to sit on the unionist benches.

During his Assembly days his nickname of “Captain Mainwaring” was owed as much to his military moustache and bearing as much as his heroic past and he achieved some notoriety in the province after he urged Martin McGuinness and Gerry Adams to blow up the IRA’s stash of weapons in “one big bang”.

He was knighted by the Queen in 1998 and served as the Assembly's Deputy Speaker from 2000 until the body was suspended in 2002.

In his retirement he was made a Chevalier (Knight) of France’s Légion d’Honneur in 2005 and received the country’s Croix de Guerre two years later.

"It is rather poignant that on the very day we complete a European election count to return Northern Ireland's MEPs to Brussels, we should learn of the death of a man who liberated that city 70 years ago," Nesbitt told the BBC.

"Sir John achieved success in a number of fields. He was a war hero who was awarded the Military Cross for his actions in Normandy.

“In his death I am inspired to deliver better politics as a tribute to his memory. He truly was one of a kind and we are all the poorer for his passing.”