Who is the Irish demon girl from ancient myths and legends?

The evil fairy, known as Leanan Sidhe, is said to have given inspiration to poets and musicians – but at a price. 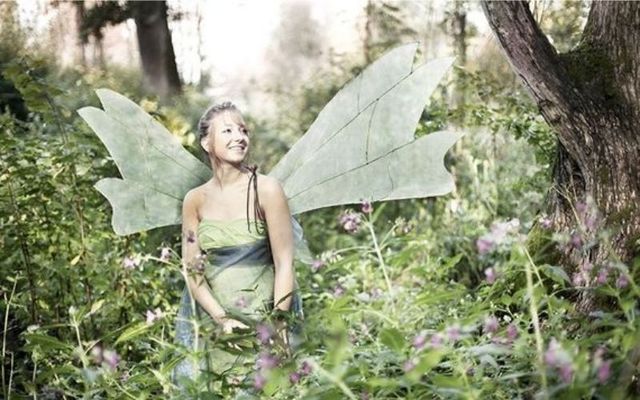 Leanan Sidhe is one of Ireland’s mythological vampires Getty

Both a muse and a demon, Leanan Sidhe is one of Ireland’s mythological vampires.

Leanan Sidhe (pronounced: Lan-nan Shee) which comes from the Gaelic words meaning sweetheart, is a fairy and beautiful woman who was said to give inspiration to poets and musicians – but at the price of their lives.

The legend goes that Leanan Sidhe would make the artist her lover, sharing with them her intelligence, creativity, and magic, but when she left, the men could no longer eat or sleep. yearning for the beautiful maiden who inspired them.

The men would be driven to madness and then eventually death. Leanan Sidhe would then take her dead lovers back to her lair.

Rather than directly suck the blood of her victims, Leanan Sidhe got creative and collected their blood in a giant red cauldron, which was the source of her beauty and artistic inspiration.

The most famous Leanan sidhe in Ireland was the Fairy Queen Áine and was regarded in West Munster as a sun-goddess of fertility, love, and sovereignty during the Iron Age.

Áine belonged to the Tuatha Dé Danann and made her home on Cnoc Áine, or “Áine’s Hill”. The sacred hill of Cnoc Áine is known today as Knockainy in County Limerick.

The goddess, Áine, was later transformed into a beautiful Fairy Queen in the folklore of Ireland.

The Fairy Queen, Áine, was known to be particularly fond of young poets and indulged in many brief affairs with the love-struck men. Some were taken away to her kingdom in the Otherworld, never to be seen or heard of again.

Áine remained the respected guardian of the people of West Munster. The pagan mid-summer rituals dedicated to the goddesses continued on the sacred hill of Cnoc Áine.

It's said to prevent the undead Leanan Sidhe from rising, one must put a cairn of stones over her resting place.

Read about the scariest monsters and demons from Celtic myth here.