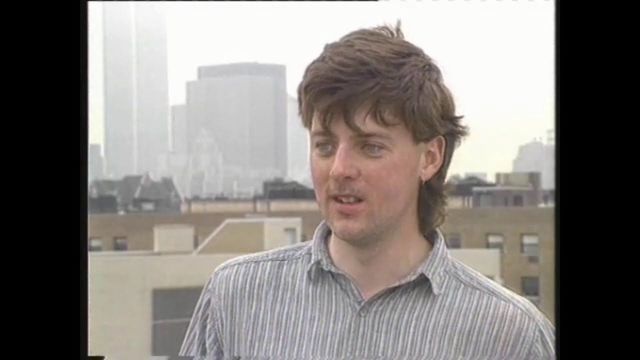 A still from "From Ballinrobe to the Bronx, 1989." YouTube

"Today Tonight" clip from 1989 illustrates the devastating effect emigration had on the small town of Ballinrobe, County Mayo, where most leaving cert aged teens left Ireland for The Bronx.

This shocking clip from the 1989 current affairs show, "Today Tonight" on RTE, show how the 1980s recession hit the younger generations and families in Ireland, specifically in Ballinrobe, County Mayo.

Reporter Jerry O'Callaghan says "Beside the convent a new community school is going up for all the town's third level students but will it be needed by the next generation?"

In the 1980s with Ireland in recession emigration became so bad that it was nicknamed the "brain drain" meaning that educated young people were leaving Ireland. For example, according to Irish Independent reports "In 1980, around 8pc of college graduates left to find work and further training abroad. By the time the decade would close, that figure would soar to almost 30pc."

The report also focuses on "how the Irish in the Bronx, New York are coping," as the RTE archive library states.

An extract from a ‘Today Tonight’ report on emigration from Ireland to America. Reporter Jerry O’Callaghan visits the town of Ballinrobe in County Mayo.

"In the Leaving Certificate class at the CBS school in Ballinrobe Brother Edward Deeney principal, asks how many see their future in Ireland? Only 10 out of 43 say they will stay," the description reads.

"Brother Edward Deeney says he is not surprised to see so many say they will leave the country. At the local girl's, secondary school vice principal Kathleen Ryder asks the pupils how many of them intend to stay in Ireland. Only 8 out of the 55 see themselves staying."

The archives snippet adds "In the north Bronx, New York. there is a huge influx of Irish emigrants. There may be 100,000 undocumented Irish in the USA without legal status. Nobody knows exactly. There are no less than 20 Irish pubs in this stretch of Bainbridge Avenue."