The 1,000-year-old Viking weaver's sword discovered in Cork City was among several significant finds in 2017. 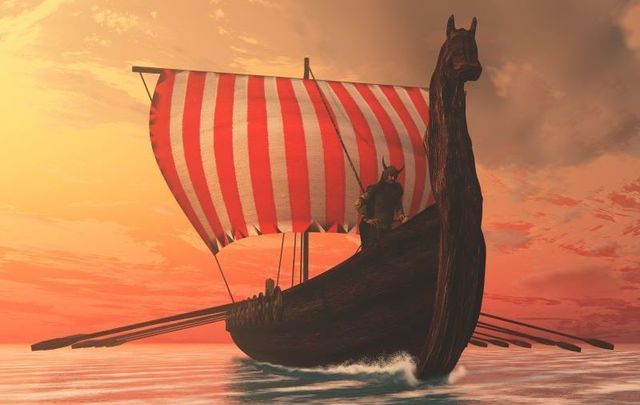 The 1,000-year-old Viking sword found in Co Cork is said to be "exceptionally significant." Getty Images

A Viking weaver's sword dating from the 11th century was among several significant Viking artifacts unearthed in Cork City excavations in 2017.

A perfectly preserved wooden Viking sword was unearthed in Cork City among several significant finds that challenge the belief that the Nordic invaders were most strongly influential in the cities of Dublin and Waterford.

The sword, about a foot long, was discovered by archaeologists at the historic site of the former Beamish and Crawford brewery in 'the Rebel City.'

Believed to have been used by female weavers, the 1,000-year-old sword made of wood is heavily designed and has astounded those who found it with its pristine condition.

Crafted entirely from yew, the hilt of the Viking sword is carved with faces associated with the Ringerike style of Viking art,  a style that dates to the 11th century.

The sword was unearthed during recent excavations at the South Main Street site and consultant archaeologist Dr. Maurice Hurley said it was one of the several Viking artifacts of "exceptional significance" to be discovered at the excavation.

Other finds included intact ground plans of 19 Viking houses, remnants of central hearths, and bedding material. These finds have convinced archeologists that the influence the Vikings had in Cork city has been underappreciated, that it may be comparable to that in Dublin and Waterford.

"For a long time there was a belief that the strongest Viking influence was in Dublin and Waterford, but the full spectrum of evidence shows that Cork was in the same cultural sphere and that its development was very similar," Hurley told RTÉ.

"A couple of objects similar to the weaver’s sword have been found in Wood Quay [in Dublin], but nothing of the quality of craftsmanship and preservation of this one.

"The sword was used probably by women, to hammer threads into place on a loom; the pointed end is for picking up the threads for pattern-making. It’s highly decorated – the Vikings decorated every utilitarian object," he continued.

The Viking sword was discovered at the building site of a new, 6,000-seat event center in Cork, a project that was put on hold as archaeologists were called in to further explore the discoveries.

The finds only recently become mainstream knowledge due to a visit to the Cork Public Museum by the Norwegian Ambassador to Ireland, Else Berit Eikeland.