Vaccines are on their way! Spare a thought for the Irishman who invented the syringe

People can thank a 19th-century Irish physicist for the long-awaited vaccines. 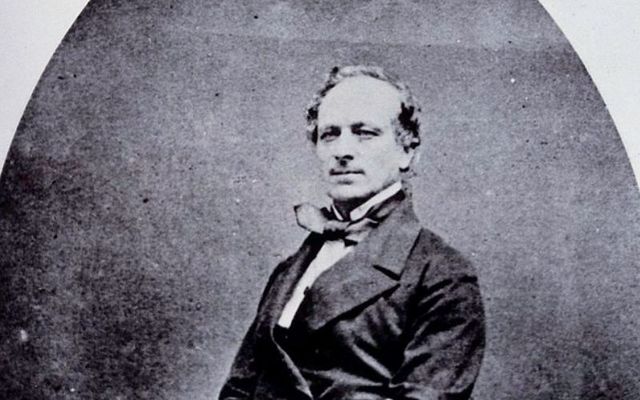 With coronavirus vaccines currently being administered around the country, it feels appropriate to remember the Irishman who pioneered the hypodermic needle.

Born in 1801, Francis Rynd was a Dublin physician who arguably performed the world's first hypodermic injection on June 3, 1844.

Rynd studied at Trinity College and was later an apprentice to Sir Philip Crampton in Meath Hospital in inner-city Dublin.

He became a surgeon at the hospital in 1836 at the same time that he became Medical Superintendent at Mountjoy Jail.

Eight years after he became a surgeon at Meath Hospital, Rynd developed what is thought to be the first syringe with a hollow needle to treat neuralgia.

Rynd's design used a trochar and a cannula to administer a morphine solution into the body.

Rynd outlined how he had injected his first patient using a hypodermic syringe on June 3, 1844. The patient, a woman named Margaret Cox, had been suffering for years with severe pain in her face due to neuralgia. She had tried drinking morphine solution to ease the pain, but it failed, so Rynd designed the first hypodermic needle and performed the world's first hypodermic injection.

"On the 3rd of June a solution of fifteen grains of acetate of morphia, dissolved in one drachm of creosote, was introduced to the supra-orbital nerve, and along the course of the temporal, malar, and buccal nerves, by four punctures of an instrument made for the purpose. In the space of a minute, all pain (except that caused by the operation, which was very slight) had ceased, and she slept better that night than she had for months," Rynd wrote.

Rynd's design allowed the substance to flow from the needle to the body under gravity, but Alexander Wood's plunger syringe allowed doctors to inject solutions faster and also allowed them to give intravenous injections.

Wood's syringe also allowed for the taking of blood samples, which could then be subjected to diagnostic tests for diseases and disorders.

While Rynd's syringe quickly became outdated, his contribution to hypodermic needles was invaluable.

He died at the age of 60 after suffering a heart attack.