On April 12, 1847, during the height of the Great Hunger, The New England Relief Committee sent the USS Jamestown laden with supplies to the starving Irish. 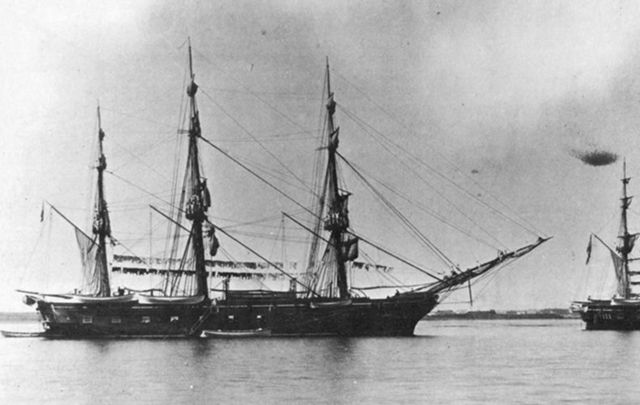 On April 12, 1847, during the height of the Great Hunger, New England sent the USS Jamestown laden with supplies to the starving Irish.

The ship was sent by The New England Relief Committee, made up of Catholics and Protestants, eager to send aid to the ailing populations.

This was the topic of discussion at Ireland’s Great Hunger Museum at Quinnipiac University 2014 talk named “It is Not an Everyday Matter to See a Nation Starving: Captain Robert Bennet Forbes and the 1847 Voyage of the USS Jamestown to Cork, Ireland.”

Catherine B. Shannon, professor emerita of history at Westfield State University discussed the voyage of the USS Jamestown which left Boston on March 28, 1847, loaded with more than 800 tons of provisions and supplies for the starving people of Ireland in the darkest months of “Black 1847,” the year the Irish famine peaked.

The New England Relief Committee, which was comprised of Boston Catholics and Protestants cooperating in an effort to collect money and bring food to Ireland, organized the voyage. The committee collected approximately $150,000 in food and cash, which accounted for half of the $300,000 that was sent from Boston to Ireland in 1847.

Shannon described Captain Forbes’ efforts to ensure that the supplies reached the Irish people in the most efficient and fastest way possible, and his reactions to what he witnessed in Ireland upon arrival there in mid-April.

“This episode was a unique instance when the historic suspicions and hostility that divided the Boston’s Irish and the Yankee communities were cast aside and replaced by cooperation for a great humanitarian purpose."