On This Day: Thomas Davis, composer of A Nation Once Again, passed away 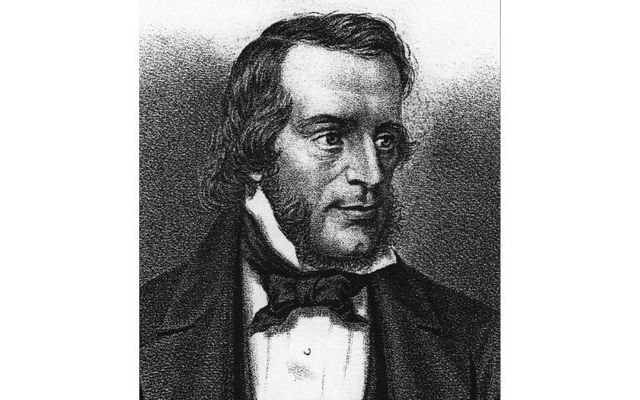 Thomas Davis: Young Irelander and composer of ballads such as A Nation Once Again. Public Domain

Davis was a romantic bard who composed many ballads such as The Wests Awake and A Nation Once Again which became an instant hit with the nationalist movement following its publication in The Nation Newspaper in July 1844.

A Nation Once Again is drenched in the cultural romantic style of the mid 19th century. It sees the narrator dreaming of his land breaking its chains of bondage and it served as a rallying call for people to fight for a free nation.

Davis took the melody for A Nation Once Again from Mozart's Clarinet Concerto. He was a student of the Greek and Roman classics and this is reflected in the ballad. An example is - "Three hundred men and three men." This refers to the Battle of Thermopylae in 480BC which pitted the Greeks against the Persians. The 300 men were 300 Spartans who held off the might of the Persians.

A Nation Once Again has been decided by artists such as Luke Kelly and Count John McCormack and bands such as The Clancy Brothers and The Dubliners.

Perhaps the best-known version of the ballad is the one sung by The Wolfe Tones. The band recorded it in 1972 and it was their rendition of it which topped the poll in 2002 for a BBC vote of the world's most famous song!

A Nation Once Again also has a connection to The Beatles. In the band's movie A Hard Days Night, Paul McCartney's grandfather sings it at police when they arrest him for hawking autographs of the band members.

The ballad also has an unlikely "fan" in the form of Winston Churchill. During World War II, he used the old rebel ballad to try to pursue Eamonn De Valera to join the fight against the Nazis. In a telegram to Dev, Churchill added: "now or never a nation once again!" Dev ignored his message.

Thomas Davis died just a year after he penned A Nation Once Again and never got to see its popularity grow. After succumbing to scarlet fever he was laid to rest in Dublin's Mount Jerome Cemetery but his ballads live on forever.