Fr. Thomas Byles heroically rushed to save third-class Irish passengers rather than secure safe passage on a lifeboat during the sinking of the Titanic. 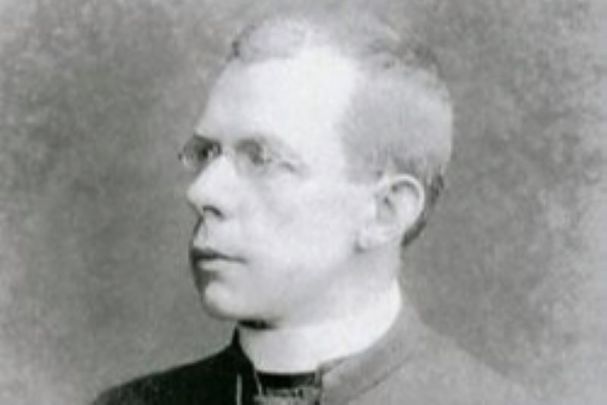 Fr. Thomas Byles was traveling to his brother's wedding in New York when the ship struck an iceberg. Public Domain

A Catholic priest who heroically led dozens of Irish third-class passengers on the Titanic to safety in 1912 has been placed on the path to sainthood.

Fr. Thomas Byles was born to a Protestant minister in Leeds, England, but converted to Catholicism while studying theology at Oxford University. Born Roussel Byles, Fr. Byles was ordained in Rome in 1902 and took the name Thomas.

Ten years later, Byles' younger brother William, who also converted to Catholicism, asked him to travel to New York to officiate at his wedding, leading the young priest to book a ticket on the Titanic's ill-fated maiden voyage.

Fr. Byles boarded the Titanic as a second-class passenger in Southampton on April 10 and enjoyed a quiet time on board before the ship struck an iceberg near midnight on April 14, 1912.

The priest, who was reportedly out on deck praying his breviary when the ship struck the iceberg, courageously ran in the opposite direction as lifeboats were being deployed.

Fr. Byles made his way to the ship's steerage, where numerous third-class passengers were attempting to navigate the ship's labyrinth of stairwells but often found themselves trapped behind locked doors.

The English priest calmly led dozens of third-class passengers, including many Irish passengers, to the top deck where they were able to access the limited supply of lifeboats. 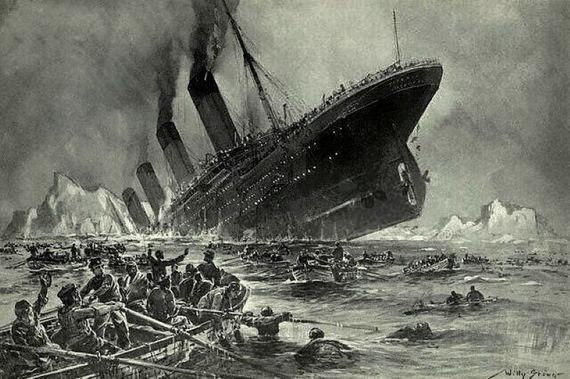 An illustration of the Titanic sinking. (Public Domain)

"When the crash came, we were thrown from our berths," said Irish passenger Ellen Mary Mockler. "We saw before us, coming down the passageway, with his hand uplifted, Father Byles…. ‘Be calm, my good people,' he said, and then he went about the steerage giving absolution and blessings."

Mockler said that Fr. Byles was offered the chance to escape the ship but refused a place on one of the last lifeboats so that he could stay and pray with passengers who had been left behind.

"Father Byles could have been saved, but he would not leave. After I got in the boat, which was the last one to leave, and we were slowly going further away from the ship, I could hear distinctly the voice of the priest and the responses to his prayers," she said.

As the ship began to sink in earner, Fr. Byles said the rosary and prayed for the souls of those about to perish. He also administered the last rites to many passengers who had been unable to secure passage on the lifeboats.

Fr. Byles's heroic and selfless actions on the morning of April 15 may have set him on the path to sainthood.

Fr. Graham Smith, a Catholic priest who heads Fr. Byles's former parish of St. Helen's in Ongar, England, has launched a campaign to honor "an extraordinary man who gave his life for others".

Fr. Smith introduced the cause for Fr. Byles's beatification in 2015 and hopes that people around the world will pray to him so that miracles can them attributed to him.

"We hope people around the world will pray to him if they are in need and, if a miracle occurs, then beatification and then canonization can go forward," Fr. Smith told the BBC in 2015.

At least two miracles must be attributed to Fr. Byles if he is to be recognized as a saint.