The nastiest quotes about the Irish throughout history 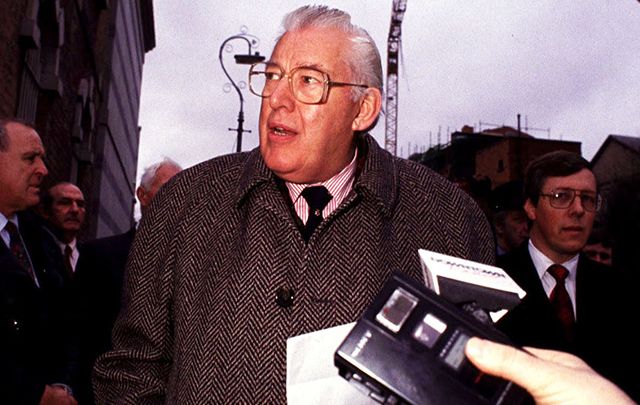 Ian Paisley was quite outspoken during his long career. RollingNews

Here are a select few:

"Our ancestors cut a civilization out of the bogs and meadows of this country, while Mr Haughey's ancestors were wearing pig skins and living in caves."

“Just because you are born in a stable does not make you a horse.”

- Arthur Wellesley, 1st Duke of Wellington, the hero of Waterloo, is popularly have said to have uttered this phrase out of embarrassment at his Dublin birth. There is, however, no record that he said it and most historians consider it an urban myth.

Read more: New documentary remembers the Irish role in the Battle of Waterloo

“Ireland is like a half-starved rat that crosses the path of an elephant. What must the elephant do? Squelch it – by heavens – squelch it.”

- Scottish philosopher and historian of the French Revolution Thomas Carlyle felt little kinship with his fellow Celts across the water.

“Any man who carries a hyphen about with him [namely Irish Americans] carries a dagger that he is ready to plunge into the vitals of this Republic whenever he gets ready."

- Despite being the grandson of Irish immigrants, President Woodrow Wilson cordially loathed Irish America. Had they not been so key to his election to the White House he would quite happily have ignored them. Unfortunately for him, Irish America’s unceasing pressure for him to do something to help Irish independence threatened his relationship with the British – who were key to the founding of his beloved League of Nations.

No love lost, the 1920 election was won by the Republican Warren Harding in part because normally loyal Irish Democrats sat on their hands.

“They live on beasts only, and live like beasts. They have not progressed at all from the habits of pastoral living... This is a filthy people, wallowing in vice. Of all peoples it is the least instructed in the rudiments of the faith. They do not yet pay tithes or first fruits or contract marriages. They do not avoid incest.”

- Gerald of Wales did not think much of his subject matter when he wrote ‘The History and Topography of Ireland, 12th Century’.

“In all countries, more or less, paupers may be discovered; but an entire nation of paupers is what was never seen until it was shown in Ireland. To explain the social condition of such a country, it would be only necessary to recount its miseries and its sufferings; the history of the poor is the history of Ireland.”

- Frenchman Gustave de Beaumont visited Ireland in 1839, little did he know in only a few years time things were about to get much, much worse for the Irish.

“How godly a deed it is to overthrow so wicked a race the world may judge: for my part I think there cannot be a greater sacrifice to God.”

- A remark following the slaughter of the all the inhabitants of Rathlin Island, Co Antrim in 1575.