As one of the Kentucky Derby favorites is its namesake, we focus on the Irish war cries of ancient Ireland. 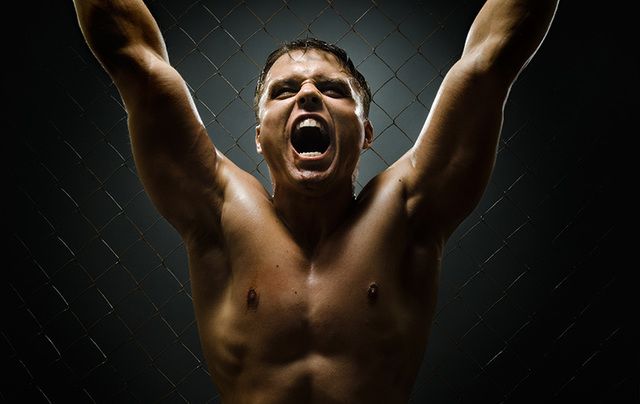 The Irish War Cry: As one of the Kentucky Derby favorites is its namesake we focus on the Irish war cries of ancient Ireland. iStock

Interesting that one of the favorites for the Kentucky Derby this year is a horse called “Irish War Cry.” As the name will be in the news, it is an interesting moment to focus on what Irish war cries were back in the Celtic days.

Since ancient times, on through the Christian era and up until the total conquest of Ireland by the British with the Flight of the Earls in 1607, Ireland was not seen as one nation of people, with one voice under one centrally controlled government.

Rather the island was comprised of many clan-based groups, each occupying traditionally held territories and each exercising limited power and sovereignty over their familial domains. There was no concept of the Nation of Ireland, the State, or the Republic in the sense we are used to today. There was no ‘national cry’.

Monument dedicated to the Flight of the Earls.

The concept of individual sovereignty can be found throughout Irish historical identity where a freeman was once seen to be lord of his own portion, his home was his castle, his personal property was his to dispose of, his lands were his domain and while occupied by him he is king.

Each family group and collection of families occupying a territory were seen to be their own sovereign and independent nation, each family and their line of descent were seen to be ‘a people’ of their own, managing family affairs internally, electing their own clan leaders as representatives, sharing the duty of raising good mannered and honorable children, and each bearing the honor and the burden of the family-name on their shoulders.

In the mythological accounts, for example, we learn how the earliest inhabitants divided the island into the provinces of Ulster, Munster, Connaught, Leinster, and Meath; which was once the fifth province an Mhí or ‘the middle (kingdom)’.

We also hear how the brothers Heber and Heremon of the Milesian race once divided the island between them resulting in a bitter jealousy and ultimately a bloody battle between the two factions. Later, the island split into Leth-Con, or Con’s half, in the north, and Leth-Mogha, or Mogha’s half, in the south.

There is no doubt that the Irish organized themselves into independent factions which were primarily based on ties of blood and marriage, often influenced by proximity of geographical location, mutual interest in common defense, access to resources, and to respect or forge long-time familial allegiances. And as they lived, so, too, they fought.

This faction-based self-image and deep connection with defending the family name, stock, and lands, meant the Irish clans were much too prone to engage in common feuds, wars of vengeance, and family rivalries – and it is this sad fact that bears Ireland’s greatest historical weakness when it came to defense against the invasion of the Anglo-Normans.

Each of these family based factions had their own sluaghghairm, or ‘battle-cry’, associated to their family line or tribe, usually derived by the followers of great families or chieftains to act as a hue and cry, a rallying call to all able-bodied kinsmen, a cry of war from which its hearers drew an almost supernatural ancestral strength and courage to fight on.

Literally speaking, the word sluaghghairm is derived from a combination of the old Irish words sluagh, meaning an ‘army’, ‘host’, or ‘assembled force’, and ghairm, meaning to ‘cry’, ‘shout out’ or ‘proclaim’; as such we get the combined meaning of ‘the cry or proclamation of an assembled force’. Interestingly, it is from sluaghghairm that the English word ‘slogan’ is derived, and this gives us a good idea of what it really was: the slogan, motto or catchphrase that identified and marked out one family faction from another on the fields of battle.

By the time of the reign of King Henry VIII, these family battle-cries had become a common feature of Irish society and could be heard ringing out across the land during every pitched battle.

So prolific were they that during the tenth year of his reign, Henry enacted a statute to proclaim that no person, regardless of their estate, condition or degree, should use the words “CROM-ABO, BUTLER-ABO, or other words like ... but to call only on St. George, or the name of his Sovereign Lord the King of England.”

The cry of ‘Aboo’ (variously rendered as abú, abo, uboo, ubu, etc) is the most common exclamation found among the Irish clans. It derives from the old Irish buaidh, meaning ‘victory’, and its use can still be found in the modern Gaelic valediction beir bua, meaning ‘grab victory’.

Other forms of this common cry are hubbub, hub-bob-boo, lullaloo, and even hullabaloo; a word that has spitefully found its way into the English language to mean a ‘confused uproar’ or a ‘raucous caused by a large group of people’. Along with the word hubbub the word hurrah is also said to derive from this same source.

‘Aboo’ was seldom used alone but rather found connected to some deity, family name, ancestral hero, ancestral headquarters, traditional occupation, or some special symbol associated with the faction. Some examples of these cries follow below.

The sluaghghairm of the warriors of the great O’Neill clan was Lámh-derg abú, proclaiming ‘the Red Hand to victory’, in honor of the ancient family symbol still found on the flag of the Ulstermen to this day.

The O’Hanlons, who held the traditional honor of bearing the Ulster standard, made the cry of Ardchully-aboo, from ard-coille meaning a ‘high forest’, thought to be in reference to the family’s customary gathering grounds.

Similarly, the O’Moores cried Conlan Abú after their own famous ancestor, Conall Cearnach.

The shout of the O’Briens, the descendants of king Brian Boru, was Lamh-laidir aboo, meaning ‘strong hand’, the O’Sullivans of Munster used Lámh Foisteanac Abu, meaning ‘restful hand’, while the MacGilla Patricks used Gear-laidir aboo, or the ‘sharp and strong’.

Descendants of the Fitzgeralds of the southern Desmond line, originally Anglo- Normans who had adopted Irish ways becoming ‘more Irish than the Irish themselves’, would call out Shandid-aboo in glory of the ‘old place’; their fortified round hill base located in the Limerick mountains.

In more recent times the famous Irish war cry was "Fag an Bhealach" loosely translates as "Out of our Way" used by the Fenians.