Robert Emmet led a disastrous rebellion against British rule in Ireland in 1803 which lasted just one day, 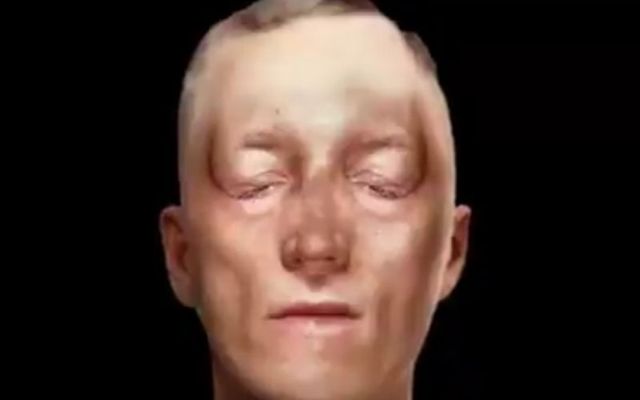 A group of documentary makers say that they can reveal what Irish rebel leader Robert Emmet really looked like.

Emmet led a disastrous rebellion against British rule in Ireland in 1803 which lasted just one day, and he was later hanged on Thomas Street in Dublin in September of the same year at the age of 25.

Contemporary images of Emmet are based on court sketches from his trial at Green Street courthouse in 1803. The side-profile sketches depict a prematurely balding man with a sharp nose and almost all portraits of Emmet have been based on the court sketch.

Independent production company Bo Media has now attempted to reveal what Emmet really looked like for a new documentary on TG4 by using the rebel leader's death mask. Emmet was beheaded following the hanging as a warning to others and the rest of his body has never been found.

Scéalta Grá na hÉireann, a new series on great Irish love stories, will tell the tragic story of Emmet's love affair with Sarah Curran, who died five years after Emmet's execution having been estranged by her family.

Matt Loughrey of My Colourful Past brought Emmet's face to life for the program by using X-Oculi, a three-dimensional technology that recreates old images.

Loughrey's technology uses paintings, photos, statues, or death masks from real historical figures to recreate faces from the past with realistic movement and emotion, including King Henry VII, Queen Mary of Scotland, and Queen Elizabeth.

His recreation of Robert Emmet's face captures the trauma of his execution after the rebel leader hanged for more than 30 minutes due to an error in the calibration of the rope.

Loughrey's recreation shows marks at the edge of Emmet's eyes due to the force of the rope during the execution.

Working with Matt Loughrey of @my_colorful_past we brought the death mask image to life. Revealing what Emmet actually looked like at the time of his death over 200 years ago. @TG4TV #RobertEmmet #SarahCurran #TG4 pic.twitter.com/jhN2Rkwaqm

The Irish graphic designer said that such an image would not have been possible five years ago.

Bo Media director, Paddy O’Shea, said that he was "speechless" when he saw the recreated image of Emmet's face.

"Here was Robert Emmet brought to life. Suddenly I felt Emmet was a real person and not just a character in this incredible story."