Today, we sing the chorus of 'Take Me Out to the Ball Game' during every 7th inning but did you know this famous song has an Irish connection. 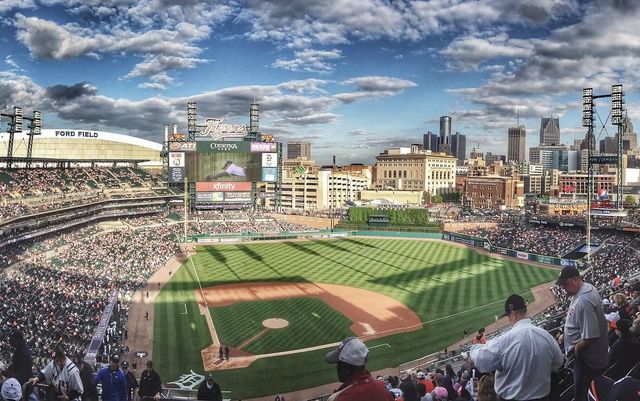 A time-honored tradition takes place during the seventh-inning stretch of each game, the crowd sings Take Me Out to the Ball Game. The full story of the song, about a young baseball fan named Katie Casey, has long been forgotten.

Regrettably, the song they sing is incomplete, as only the chorus now reverberates through the stadium. The original verses, highlighting the pivotal character Katie Casey, a dyed-in-the-wool baseball fan, have been lost to time and all that remains is a lighthearted homage to “peanuts and Cracker Jack.”

Had the fever and had it bad.

Just to root for the hometown crew,

On a Saturday her young beau

To see a show, but Miss Kate said

"Take me out to the ball game,

Take me out with the crowd;

Buy me some peanuts and Cracker Jack,

I don't care if I never get back.

For it's one, two, three strikes, you're out,

At the old ball game.

"Katie Casey saw all the games,

Knew the players by their first names.

Told the umpire he was wrong,

All along, Good and strong.

When the score was just two to two,

Katie Casey knew what to do,

Just to cheer up the boys she knew,

She made the gang sing this song."

The idea for the beloved ditty, composed by Jack Norworth in 1908, was inspired by a poster he saw when riding a New York subway train. The sign, “Ball Game Today—Polo Grounds,” spurred the composer to pen the lyrics for his act at Brooklyn’s Amphion Theater.

Norworth’s decision to include a female, moreover an Irish one, as the protagonist of his ballad was unusual for the time. It would have been a rare sight to see any woman at a ball game, let alone one as animated and enthusiastic as Katie Casey. Baseball was the province of men and it was considered socially unsuitable for women to be seen in such a raucous sporting environment.

However, times were changing as women were raising their voices to claim equality through political activism and participation in the suffrage movement. The same year the song was composed, the “Women’s Sunday” demonstration took place in Hyde Park, London where thousands of women gathered to draw attention to their cause; additionally, the Democratic National Convention in Denver permitted women to participate for the first time.

The “New Woman” emerging at the outset of the 20th century was formidable, vocal, and political and demonstrated these characteristics by demanding access to higher education, jobs in the workplace, and the right to vote.

Katie Casey was the personification of the “New Woman.” When her boyfriend asked her to go to a show, she did not submissively agree, instead, Casey made her preference to go to the game known. Her love of baseball emboldened her to claim an equal place with men in the ballpark, where she undauntedly told “the umpire he was wrong.”

Casey’s simple acts of attending a ball game and expressing her views represented a microcosm echoing women’s loftier demands for equality and empowerment in the community-at-large.

So, who was the model for the fictional Katie Casey? Some theorize that the seeds for Casey’s character originated with the real-life Trixie Friganza, a vaudevillian actress who was the mistress of the song’s composer.

Friganza, whose birth name was Delia O’Callaghan, was active in the suffrage movement in New York, participating in rallies and delivering speeches imploring equal rights for women. Norworth admired Friganza’s strong character and independent spirit and these characteristics are clearly evident in the heroine of his song.

Casey’s persona also reflects the image of an archetype young Irish woman in New York – single, independent, and employed, probably as a domestic servant. More than half of Irish immigrant women worked as domestics, a role in which they were generically referred to as Katie or Bridget. Employment enabled these women to save money for dowries and to send funds across the Atlantic to struggling families in Ireland.

A small sum of their wages was set aside for modest luxuries like a new hat; or, in Casey’s case a ticket to a baseball game. At the ballpark, Casey could simultaneously enjoy the national past-time alongside equally zealous male attendees, and retain her Irish identity while assimilating into American cultural norms.

The song, an immediate hit, was number one on the charts for seven weeks and was sung at movie theaters and in vaudeville shows. Ballpark owners approved of the song and liked the idea of women attending games, believing their presence would mitigate the rowdy atmosphere and add an element of refinement.

In effect, Katie Casey’s role in securing women’s attendance at ballparks across America helped to make baseball’s theme song, a de facto anthem to feminism. Over time, the verses of the song were overshadowed by the pithy chorus and the iconoclastic Katie Casey was lost to history.

Today, at this watershed moment when women are again raising their voices to be heard, perhaps it’s time for this independent and expressive woman to resume her place in the center of America’s favorite past-time.

Although it’s over one hundred years since the song was composed, in many ways, Katie Casey is Everywoman.

Maureen Dunphy Brady is a historian who holds an M.A. in Irish and Irish-American Studies from Glucksman Ireland House, New York University. Her areas of interest are gender studies, transatlantic tourism, the Irish diaspora in America, and women in Irish history. She is the winner of the 2017 Francis P. Beirne Scholars Award sponsored by the St Patrick’s Day Foundation of New York City.