St. Nicholas, the holy figure who inspired Santa Claus, lived between 270 and 343 AD and was believed to have lived and died in Myra, located in present-day Turkey. 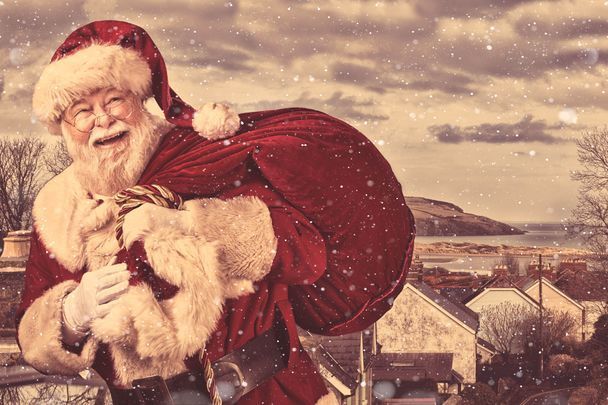 A team of archaeologists believe that they have found the tomb of St. Nicholas in the remains of an ancient church in Turkey.

St. Nicholas, the holy figure who inspired Santa Claus, lived between 270 and 343 AD and was believed to have lived and died in Myra, located in present-day Turkey.

However, the whereabouts of his remains have remained shrouded in mystery, with several rumors and legends claiming to know the true final resting place of the famous saint.

One such rumor states that St. Nicholas' remains are located in a ruined church in an abandoned medieval town near Jerpoint Abbey, County Kilkenny.

Lying on a farm to the west of Jerpoint Abbey, the Church of St. Nicholas is home to a strange slab stone of a grave that has aroused local debate for centuries.

The grave shows the effigy of a cleric - probably a bishop - overlooked by two stone heads. Locally, the effigy is reputed to be that of St. Nicholas, Bishop of Myra (a.k.a. Santa Claus), with the heads depicting the two crusaders who brought the remains of the bishop back to Ireland.

Local legend states that a band of Irish-Norman knights traveled to the Holy Lands during the Crusades and stole the remains during their voyage.

Other legends state that a band of Italian merchants learned of the location of St. Nicholas' remains and brought them to the Italian city of Bari in 1087.

A relic of the supposed remains can still be seen in the 11th-century basilica of San Nicola in Bari, while fragments of the relic have been distributed around the world.

However, a team of archaeologists now claim that they have found St. Nicholas' tomb underneath a byzantine church in Turkey, claiming that the Italian merchants stole the wrong remains in the 11th century.

The archaeologists said they discovered the tomb underneath the remains of an ancient church that was submerged by rising sea levels in the Mediterranean during the Middle Ages.

A new church was built over the ancient foundations of the original church to protect the tomb of St. Nicholas and served as a place of worship for Orthodox Christians.

The church, which was listed as an UNESCO World Heritage Site in 1982, is surrounded by statues of St. Nicholas.

Archaeologists first discovered the tomb in 2017 when electronic surveys revealed gaps between the floor and the ground.

Osman Eravsar, the head of the provincial cultural heritage preservation board in Antalya, told Demirören News Agency that the team had reached St. Nicholas' tomb and were working to remove the church's floor without damaging the tomb.

Turkish archaeologists claim that the Italian merchants who stole St. Nicholas' remains actually stole the remains of an anonymous priest.