The artifacts were part of Sotheby's 'Travel, Atlases, Maps and Photographs' sale, which ended on May 25. 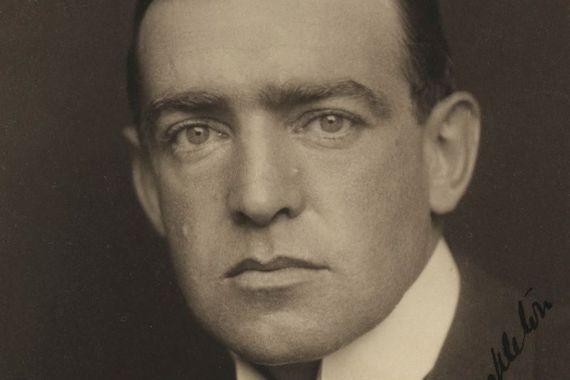 Artifacts from Shackleton's polar expeditions have been auctioned at Sotheby's in London, including a map of Antarctica hand-drawn by the Anglo-Irish explorer.

Several items from Shackleton's Antarctica expeditions went under the hammer at Sotheby's earlier this month. The artifacts were part of the 'Travel, Atlases, Maps and Photographs' sale, which ended on May 25.

Over a century since his most famous expedition, the early 20th century explorer has recently been in the news again as the wreck of his lost vessel HMS Endurance was located in the Weddell Sea earlier this year, 107 years after it sank.

"We were thrilled to offer this unique hand drawn map of Antarctica, created by one of the greatest polar explorers," said Richard Fattorini, Senior Specialist, Books & Topographical Photographs at Sotheby's, in a statement.

"Shackleton's outstanding leadership and exploits continue to fascinate and inspire people of all ages today."

Other lots in the auction included a bronze medallion awarded to Shackleton by the Chilean Historical and Geographical Society and a photograph of Shackleton and his dog on board the Endurance, reports The Daily Mail.

Also sold was "the first book printed and bound in Antarctica," which was produced by explorers Ernest Joyce and Frank Wild and edited by Shackleton.

The book, which was printed on fragments of wooden crates and leather bindings from horse harnesses, contains coordinates of the 1907-1908 Antarctic expedition, Latitude 77°.. 32' South Longitude 166°.. 12' East.

One hundred of these books were made, with 65 accounted for today. The one sold at auction has an inscription from Frank Wild's brother Laurence to his grandson Nicholas. The volume sold for £100,800 ($127,000).

Shackleton, who was born in Kilkea, Co Kildare in1874, was most known for his 1914-1916 journey to Antarctica, the Imperial Trans-Antarctic Expedition, aboard the ill-fated HMS Endurance.

The HMS Endurance, which departed England in 1914,  became trapped in ice in January 1915. Shackleton and the crew were trapped for 10 months before having to evacuate the sinking ship. The crew eventually reached Elephant Island via lifeboat, where Shackleton and four other men volunteered to  make an 800-mile open-boat journey to a South Georgia whaling station  to get help and rescue the crew.

The auctioned items can be viewed on Sotheby's website.