Irish explorer Ernest Shackleton's Endurance ship has finally been located in the Weddell Sea this week by the Endurance22 Expedition more than 100 years after it sank. 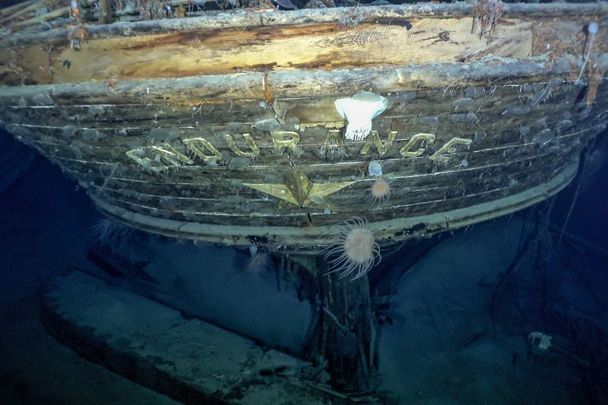 The Endurance22 Expedition has located the wreck of Endurance, Sir Ernest Shackleton's ship which has not been seen since it was crushed by the ice and sank in the Weddell Sea in 1915, The Falklands Maritime Heritage Trust has confirmed.

Endurance was one of two ships used by the imperial Trans-Antarctic expedition, led by legendary Co Kildare-born explorer Ernest Shackleton, which hoped to complete the first land crossing of the Antarctic.

100 years after Shackleton’s death in January 1922, Endurance has been found at a depth of 3008 metres in the Weddell Sea, within the search area defined by the expedition team before its departure from Cape Town, and approximately four miles south of the position originally recorded by Captain Worsley.

The team worked from the South African polar research and logistics vessel, S.A. Agulhas II, owned by the Department of Forestry, Fisheries, and Environment and under Master, Capt. Knowledge Bengu, using Saab’s Sabertooth hybrid underwater search vehicles. The wreck is protected as a Historic Site and Monument under the Antarctic Treaty, ensuring that whilst the wreck is being surveyed and filmed it will not be touched or disturbed in any way.

Donald Lamont, Chairman of the Falklands Maritime Heritage Trust, said: “Our objectives for Endurance22 were to locate, survey, and film the wreck, but also to conduct important scientific research, and to run an exceptional outreach programme."

Lamont praised Mensun Bound, the Director of Exploration, and Nico Vincent, Subsea Project Manager, for their hard work as well as the leadership of Dr. John Shears, the Expedition Leader.

Bound said: “We are overwhelmed by our good fortune in having located and captured images of Endurance.  This is by far the finest wooden shipwreck I have ever seen. It is upright, well proud of the seabed, intact, and in a brilliant state of preservation. You can even see 'Endurance' arced across the stern, directly below the taffrail.

"This is a milestone in polar history. However, it is not all about the past; we are bringing the story of Shackleton and Endurance to new audiences, and to the next generation, who will be entrusted with the essential safeguarding of our polar regions and our planet. We hope our discovery will engage young people and inspire them with the pioneering spirit, courage, and fortitude of those who sailed Endurance to Antarctica."

"We pay tribute to the navigational skills of Captain Frank Worsley, the Captain of the Endurance, whose detailed records were invaluable in our quest to locate the wreck."

This is by far the finest wooden shipwreck I have ever seen. It is upright, well proud of the seabed, intact, and in a brilliant state of preservation. You can even see “Endurance” arced across the stern. This is a milestone in polar history." - Mensun Bound pic.twitter.com/zMp3Lu03IN

Vincent said: "This has been the most complex subsea project ever undertaken, with several world records achieved to ensure the safe detection of Endurance. State of the art subsea technologies have been deployed to achieve this successful outcome and I would particularly like to thank the subsea team for all of the engineering support, both onboard the ship and throughout the months of planning, design, and testing."

“This has been the most complex subsea project ever undertaken, with several world records achieved to ensure the safe detection of Endurance." - Nico Vincent, Subsea Project Manager pic.twitter.com/uTv42qa2b2

Dr. Shears said: "We have made polar history with the discovery of Endurance, and successfully completed the world’s most challenging shipwreck search.

"In addition, we have undertaken important scientific research in a part of the world that directly affects the global climate and environment.

"We have also conducted an unprecedented educational outreach programme, with live broadcasting from onboard, allowing new generations from around the world to engage with Endurance22 and become inspired by the amazing stories of polar exploration, and what human beings can achieve and the obstacles they can overcome when they work together."

“Endurance22 has reached its goal. We have made polar history with the discovery of Endurance, and successfully completed the world’s most challenging shipwreck search." - Dr John Shears, Expedition Leader pic.twitter.com/0s9IAosKER

Dan Snow, a documentary maker taking part in the Endurance22 Expedition, noted on Twitter that the wreck was found exactly 100 years to the day since Shackleton was buried:

Endurance has been found.

In a blog post, Snow wrote: “The wreck is in an astonishing state of preservation, at the absolute upper limit of what the Endurance22 team were hoping to find.

"The cold water temperatures mean that no wood-eating organisms live in this part of Antarctica. The paintwork is glistening, the nails still shine, the planks look like new. The name Endurance on the stern is still in its original colours.”

Snow also shared this video of the shipwreck:

We have super high definition film of the wreck, multi beam sonar and a hugely accurate laser model. Nothing has been touched or retrieved. #Endurance22 is coming home. pic.twitter.com/TWneqHkXCo

It was Sir Ernest Shackleton’s ambition to achieve the first land crossing of Antarctica from the Weddell Sea via the South Pole to the Ross Sea. The Ross Sea Party, which was landed at Hut Point on Ross Island, had the task of laying supply dumps for Shackleton’s crossing party and achieved its objective, but at the cost of three lives lost.

In the Weddell Sea, Endurance never reached land and became trapped in the dense pack ice and the 28 men on board eventually had no choice but to abandon ship. After months spent in makeshift camps on the ice floes drifting northwards, the party took to the lifeboats to reach the inhospitable, uninhabited Elephant Island.

Shackleton and five others then made an extraordinary 800-mile (1,300 km) open-boat journey in the lifeboat, James Caird, to reach South Georgia. Shackleton and two others then crossed the mountainous island to the whaling station at Stromness. From there, Shackleton was eventually able to mount a rescue of the men waiting on Elephant Island and bring them home without loss of life.