A new series in the works will tell the story of the immigrant workers who helped build the Empire State Building in a record 13 months between March 1930 and May 1931. 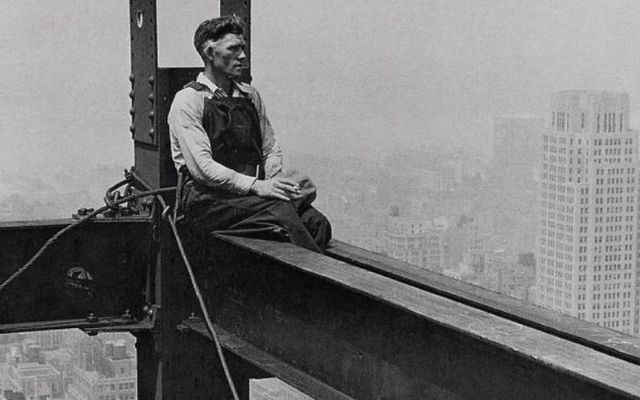 An Irish-American writer hopes to tell the story of the Irish immigrants who built the Empire State Building against the backdrop of the Great Depression in a compelling new TV series.

Courtney A. Smith, an established writer who was worked on Disney, Fox, and AppleTV+ productions, hopes to bring the story of the Irish immigrant in 1920s New York to life with "Higher", a prospective three-season series that tells the fascinating tale of New York's most famous skyscraper.

"It's such a big story," Smith told IrishCentral. "I think some people know the factoids, but a shocking number of people don't know anything about the Empire State Building. This is a historical drama that takes us into the lives of the people that fought to raise the rafters.

"This is a story of first-generation Irish-Americans at the top of this building, of rivet gangs and steel setters who were largely Irish, German, Newfoundlanders, and Native Americans."

Smith has partnered with August Point Productions, an independent Los Angeles-based production company founded by Kelly McKendry last year, and they are now looking for actors and financiers to come on board so that they can sell the series to a streaming service.

The story will begin one month and two days before the Wall Street Crash of 1929 at a time when a bustling New York was the embodiment of the American Dream. 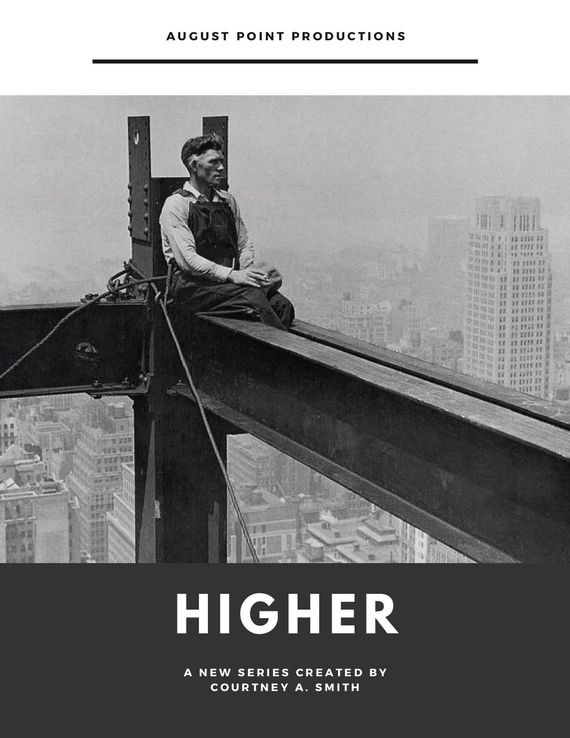 The city was constructing almost 1,000 buildings a year before the economy ground to a halt in October 1929 and Smith's story will focus on the working-class immigrant families in New York's tenements who were most adversely affected by the crash. Smith is keen to look beyond the numbers and statistics of the construction of the Empire State Building and delve into the lives of the men who built it.

The story will also follow four-time Irish-American Governor of New York Al Smith and his business partner John J. Raskob as they oversee the completion of the iconic building in a record 13 months between March 1930 and May 1931.

Courtney Smith, who has spent more than seven years researching the construction of the Empire State Building, said that it was a feat that simply could not be achieved today.

"They should have pulled the plug on this. This should not have gone forward. New York should exist without an Empire State Building."

She said that the project would have almost certainly been abandoned were it not for the determination of the laborers who worked tirelessly over the 13-month period.

"This thing became sort of like a point of pride and determination that they wouldn't give up. They would fight to keep it going.

"It'll be longer to tell the story than it was to build the building," Smith said, referencing the proposed three-season project.

Smith's pilot episode for "Higher" saw her win the 2020 Alfred P. Sloan Grant - an award given to writers who create accurate and realistic content in science, technology, architecture, engineering, and other academic areas.

In a twist of fate, the real-life Alfred P. Sloan, who served as CEO of General Motors, was central to the story of the construction of the Empire State Building.

Smith said that Sloan's decision to fire John J. Raskob compelled Raskob and Al Smith to build the iconic skyscraper and said that Sloan will feature in the series.

It was fitting, therefore, that she was the recipient of the Alfred P. Sloan Grant, which enables her to hire a creative adviser and a technical adviser for the series.

Smith has been working with August Point Productions since the company's creative development assistant Baylor Redwine discovered the script for the pilot episode of "Higher".

Kelly McKendry, an independent producer who has worked with Disney and ESPN, has a deep interest in character-driven projects and fell in love with the concepts of Smith's personal history of the Empire State Building.

"It's historically accurate and incredibly well researched. Courtney is a historian at heart. I just love her passion for the story," McKendry told IrishCentral.

McKendry, who traces her roots back to County Roscommon, said that the series will encourage viewers to delve into their own family history.

"It gives you pause to examine your own ancestry and how we got here. It's a show that will make you reflect on your own family history."

Smith, meanwhile, believes that the series will be a celebration of immigration in the United States.

"The statue of liberty lit the torch of welcome, but the Empire State Building is the ultimate example of what we can achieve in the United States when we embrace immigration.

"It is built by Irish, Newfoundlanders, Italians, stonemasons. It was a melting pot in and of itself. It stands because they came together.

"It's a gentle reminder that we're all immigrants. We all came from someplace else."

Baylor Redwine said that the series is a "co-viewing opportunity" that is equally attractive for adults as it is for kids.

She told IrishCentral that viewers will be able to relate to the working-class characters at the heart of the show.

Courtney Smith, who boasts Irish roots and has spent several summers in Ireland, wants the show to explore the lives of New York's Irish immigrants before and after they sailed across the Atlantic. She hopes that a portion of the series will be filmed in Ireland and that that there will be a strong Irish representation in the series' ensemble cast.

"In my heart of hearts, it's definitely an Irish-American co-production. There's so much work going on there now and I would love to see pieces and parts shot in Ireland."

Smith additionally hopes that the series will inspire viewers to explore their familial roots.

"If I can play a small part in encouraging people to dig deeper and to find the family home in Roscommon, that is thrilling to me."