On March 30, 1880, Irish playwright Sean O'Casey was born. Today we celebrate his life and works and the controversy The Plough and the Stars at the Abbey Theater caused. 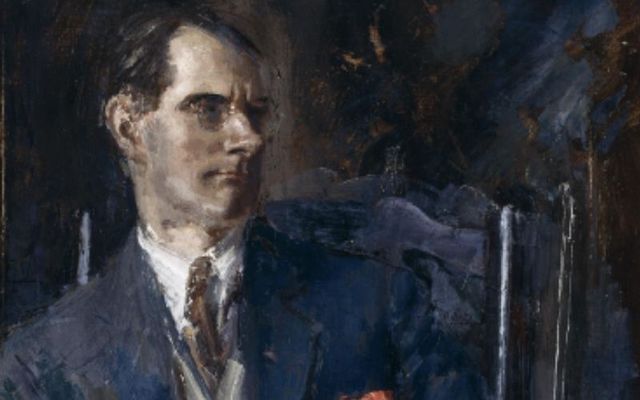 On September 30, 1964, Irish playwright Sean O'Casey died at the age of 84. Today we celebrate his life and works and the controversy The Plough and the Stars at the Abbey Theater caused.

It is likely that no other theatre in the English-speaking world is more identified with an individual playwright, and owes more to that playwright than the Abbey Theatre does to Sean O’Casey (1880-1964).

The Abbey’s productions of three O’Casey plays - “The Shadow of Gunman” (1923), “Juno and the Paycock” (1924) and “The Plough and the Stars” (1926), O’Casey’s Dublin trilogy – sustained the theatre in its early years, a fact publicly acknowledged by W.B. Yeats, an Abbey director.

It was primarily these plays that accounted for the world-wide reputation of the Abbey and its magnificent company of actors: Barry Fitzgerald, F.J. McCormack, Cyril Cusack, Sara Allgood, Jack McGowran, Arthur Shields, Siobhan McKenna and many more.

“The Plough” was the most controversial and arguably the best of these plays as it questioned the canonical heroism of some Irish patriots and satirized the love of war and bloodshed celebrated in the fulminations of Patrick Pearse.

It was at the fourth night’s performance of The Plough that there was an audience riot at the Abbey, ostensibly over the appearance in the Act II pub scene of both the Irish tricolor and a lady of the evening, one Rosie Redmond. Legend has it that Yeats mounted the stage to quiet the rioters and said: “You have disgraced yourselves again. This is O’Casey’s apotheosis.”

O’Casey moved to London after the Abbey productions of his trilogy and was estranged from the Abbey (and Yeats) for many years after Yeats rejected O’Casey’s next play, “The Silver Tassie,” in 1928.

O’Casey remained in England for the rest of his life, married Eileen Carey and had three children, Breon, Niall, and daughter Shivaun who for many years ran the O’Casey Theatre Company in New York, which produced her father’s many plays and autobiographical works.

On July 29, 2010, Shivaun was at the Abbey to lecture on her father’s work, an event coinciding with the Abbey’s revival of "The Plough and the Stars." Lisa Farrelly of the Abbey moderated the question and answer session with Shivaun before a packed and enthusiastic audience.

A plaque to O'Casey in Dublin.

Shivaun spoke of her father with great warmth and affection and remembered falling asleep most nights as a young girl to the tap-tap sound of his typewriter in an adjacent room. His typewriter and his fountain pen, by the way, were not toys she and her brothers could play with. She also recalled Sean’s great affinity for the American GIs who were sent by the thousands to the south of England in the spring of 1944 in the lead-up to the Normandy invasion. He always remembered his days in America with fondness and had lifelong friendships with many Americans, including Eugene O’Neill, Lillian Gish, and George Jean Nathan.

Shivaun also mentioned that one of her father’s great influences was James Larkin, who organized the Irish Transport and General Workers Union, a tribune of the Dublin working man, especially during the infamous lockout of 1913. The other major influence on O’Casey, personally and professionally, was G.B. Shaw, another Dubliner familiar with poverty and deprivation. Shaw became an O’Casey family mentor to the point of recommending to O’Casey where his children should go to school.

Finally, Shivaun also mentioned O’Casey’s melancholy involvement with An Tóstal (Ireland At Home), an annual cultural festival inaugurated in 1953 and intended to celebrate the cultural, social and sporting events expressive of the Irish way of life. O’Casey was invited to submit a play and he sent in “The Drums of Father Ned.” The Tóstal Council was chaired by the Lord Mayor of Dublin and its membership consisted of business and cultural leaders in the community.

It was the tradition that Archbishop John McQuaid would celebrate a mass at the Pro-Cathedral to initiate the festival, and he agreed to do so in October 1958. Shortly thereafter somebody sent the Archbishop a program and drew his attention to the inclusion of an excerpt from James Joyce’s Ulysses, the O’Casey play and three mime plays by Samuel Beckett. The Archbishop then wrote the Secretary of the Tóstal Council asking if it was true that Joyce and O’Casey were part of the drama program and shortly thereafter McQuaid withdrew his consent to the requested celebration of the mass.

O’Casey became exasperated with the machinations of the Dublin hierarchy and the organizers of the festival and summarily withdrew his play. Once O’Casey withdrew, Beckett withdrew his three plays and the Ulysses adaptation was also canceled.

Shivaun mentioned that her father was greatly saddened by the supine reaction of the Dublin cultural and business elite who simply caved into the Archbishop’s arbitrary scuttling of this major cultural festival, an event of course which could never happen today.

Eighty years on, modern Ireland has a new appreciation for O’Casey. The Plough was praised by audiences and critics alike. The Druid Theatre’s production of "The Silver Tassie" opened in Galway on August 23, 2010, also to rave reviews.

Both these plays show us the terrible cost of warfare on the human experience. They also show us that Sean O’Casey’s work is as relevant today as it ever was.