Happy St. Nicholas Day! Did you know Santa is buried in Ireland?

Throughout Ireland, Germany, Belgium, France, and around the world today, Christians will engage in their own special traditions to celebrate St. Nicholas Day 2018. 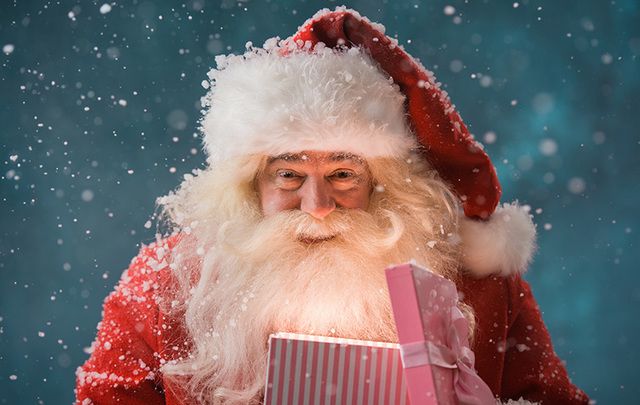 Throughout Ireland, Germany, Belgium, France, and around the world today, Christians will engage in their own special traditions to celebrate St. Nicholas Day 2018.

St. Nicholas lived during the 4th century and was Bishop of Lycia in Turkey. He was canonized soon after his death in 346 AD and was buried in what is now called Myra, in modern-day Turkey. However, in 1169 his body was moved to Italy and afterward moved to Ireland by Nicholas de Frainet, a distant relative.

Historians in Ireland say they have evidence that his remains were brought to Ireland and buried in Jerpoint Abbey by Irish Norman crusaders.

According to local historians and stnicholascenter.org, the church there was "an unusual grave slab with an image of a cleric, thought to be a bishop, and two other heads. The cleric is said to be St. Nicholas and the heads, the two crusaders who, so the story goes, brought Nicholas' remains back to Ireland.

"Though the church dates from 1170, the grave slab appears to be from the 1300s. The tale tells of a band of Irish-Norman knights from Jerpoint, traveling to the Holy Land to take part in the Crusades. On retreat, as they headed home to Ireland, they seized St. Nicholas' remains, bringing them back to Kilkenny, where the bones were buried.

"Evidence lends some possible credence to this tale as the Normans in Kilkenny were keen collectors of religious relics – possibly even more so than the Italians. And it is known that Norman knights from Kilkenny participated in the Holy Land Crusades."

Read more: Watch what happens when Liam Neeson tries out for Santa Claus

How did Saint Nicholas become known as Santa Claus?

Saint Nicholas was known for his good deeds and generosity, and the Santa Claus legend sprung up around him. He was known for giving anonymous gifts to the poor and to have placed coins in the shoes of people who left them out for him. Saint Nicholas' feast day is now observed on Dec 6 in Western Christian countries such as Germany, Belgium and France and Dec 19 in Eastern Christian countries.

Do you believe that Santa Claus is buried in Ireland? Why do you think this saint, in particular, become such an iconic figure across the globe?