The remains of eight ancient bodies are believed to be victims of The Carricks of Whitehaven shipwreck in 1847. 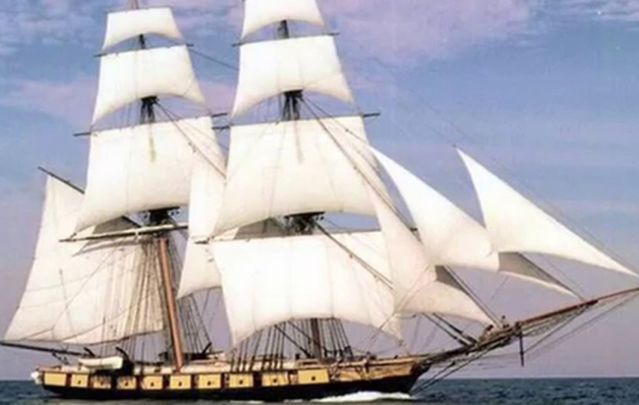 The remains of eight ancient bodies are believed to be victims of The Carricks of Whitehaven shipwreck in 1847. Vimeo

The remain of eight humans discovered in Quebec last month are believed to be those of Irish immigrants who died in an 1847 shipwreck off the coast of Canada, Parks Canada revealed.

The bones and skeletons, found in near Cap-des-Rosiers, Quebec, in late July, appear to be those of five adults and three children who were fleeing the Great Hunger in Ireland when their ship got into trouble during a storm.

Although the remains have yet to be analyzed, Parks Canada archaeologist Martin Perron believes the eight bodies could be the remains of some those who died when the Irish ship, The Carricks of Whitehaven, sank during a storm off the Gaspe coast.

If proven to be those of Irish immigrants aboard the 1847 ship, the discovery may be an indicator of a mass grave in the area for the massive fatalities among the 167 passengers. At first discovery, Perron stated that the bones appeared to be very ancient, possibly as old as the 170 years since the ship sank, although further analysis is needed before this is confirmed.

Adding to the evidence that this may be a burial site for The Carricks, the remains of three European children were previously discovered close to this site in 2011. The bones were found on Cap-des-Rosiers beach just a few hundred meters away from July’s grave discovery. The coroner ruled that the three children were the victims of a maritime tragedy and that they had also suffered from malnutrition, a fact that would fall in line with the theory the children were Irish and leaving Ireland because of the famine.

"All these elements point towards a mass grave that is quite ancient, which could be linked to the Carricks shipwreck,'' Perron told CBC Canada.

The Carricks was just one of the Irish ships, often called the “coffin ships,” that transported thousands of Irish people from their suffering island to a new life in the US and Canada. Unfortunately, conditions on many of these ships were deadly and hunger, malnutrition, and disease caused the death of many on the passage and many more when disease spread among immigrants and the local population on landing.

This particular ship is believed to have been traveling to Quebec in 1847, the very worst year of the Great Hunger and often referred to as “Black ‘47.”

Some 100,000 Irish immigrants made the journey to Canada in 1847, descending on the quarantine station in Grose Íle which welcomed the arrival of 14,000 Irish by the summer months alone, despite having just 150 beds. If they escaped the quarantine station, many Irish may have made it to Montreal, where typhus was killing those who survived the journey, while others carried along the river to Toronto.

Built in 1812, The Carricks set sail from Sligo, one of the principal points of emigration during the Great Hunger, in March 1847, under the command of Captain R.Thompson, with 167 passengers, most of whom were tenants from the Irish estates of Lord Palmerston. On April 28, she ran into a storm and most of her passengers were lost. It appears that of all those on board, only 48 made it to the shore. Nine had died previously on the voyage while the remaining 119 were lost in the wreckage. All of the crew survived but for one boy.

One Quebec film maker Viveka Melki is currently making a documentary about The Carricks ship and the fate of those poor Irish on board. During the course of her preparation for the documentary, Melki came across an obituary written by a local priest referring to the way in which the shore was strewn with bodies after the shipwreck and that a shallow, hasty mass grave had been dug for the remains along the beach, leading her to believe that this latest discovery must be several of The Carricks victims.

"It's not been easy for us or for the descendants (interviewed) in the film to even suppose that this might be the grave,'' Melki said.

Other documentaries have been made regarding the ship including the video below which focuses on the Irish-speaking family, the Kaveneys from Sligo, who five generations later are now the French-speaking Kavanaghs of Gaspé.

The areas around the bodies has now been cordoned off and Park Canada will continue to excavate the site to discover if there are further remains buried nearby.

"There's a way to give a second life to these bodies and make them talk, thanks to the different analyses that can be done,'' Perron said.

A monument already stands to the victims of the shipwreck in Gaspé, which was offered by St. Patrick’s Parish in Montréal in 1900. It is joined by the enshrined ship’s bell, discovered in 1966. The monument’s inscription reads: “Sacred to the memory of 187 Irish Immigrants from Sligo wrecked here on April 28th 1847 (Ship Carricks of Whitehaven 87 are buried here. Pray for their souls.”