The sad racist history behind the song “No Irish Need Apply”

The song was apparently written in 1862 by Kathleen O'Neil, a ten-year-old singer and dancer who performed the song for US audiences. 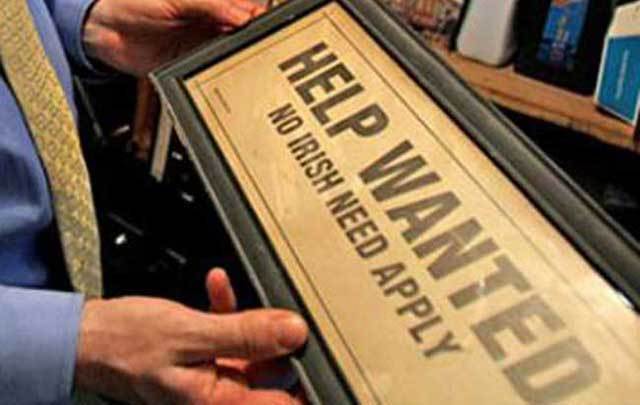 Rooted in anti-Irish sentiment found in 19th-century Britain and America, "No Irish Need Apply" tells the story of the racism Irish famine victims encountered when they emigrated to Britain and the US.

The song was apparently written in 1862 by Kathleen O'Neil, a ten-year-old singer and dancer who performed the song for US audiences.

O'Neil, who was born in New York to Irish parents, grew up witnessing anti-Irish discrimination in the post-Famine era.

The young singer reportedly reworked the lyrics of a similar song written in Britain at around the same time.

No Irish Need Apply (NINA), which was famously covered by the Clancy Brothers a century after it was released, details the hardships faced by Irish immigrants in the wake of the Great Hunger in the mid-19th century.

The US version of the song tells the story of a "simply Irish girl" who has felt the grip of poverty in Ireland, only to be met by the "insult" of No Irish Need Apply signs when she seeks work in the US.

"Now I wonder what's the reason that the fortune-favored few
Should throw on us that dirty slur, and treat us as they do
Sure they all know Paddy's heart is warm, and willing is his hand."