From his first tour in 1844 to fundraising for the Irish during the Great Hunger arguably the most famous little person in the world was deeply loved in Ireland. 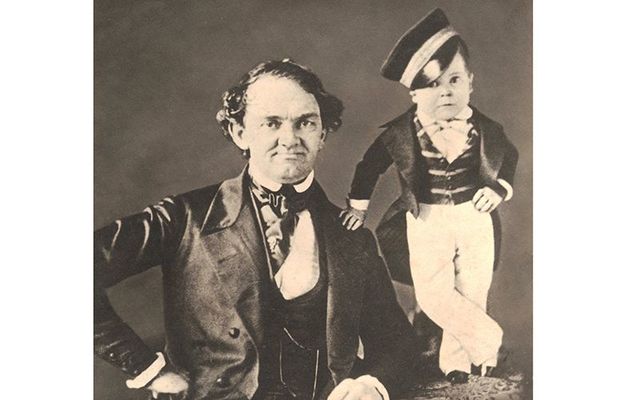 From his first tour in 1844 to fundraising for the Irish during the Great Hunger, arguably the most famous little person in the world was deeply loved in Ireland.

In the mid-19th century, shows featuring people with unusual physical attributes or abilities peaked in terms of commercial success. Favorite exhibitions included mermaids, Siamese twins, bearded ladies, giants, and dwarves. One of the most popular was ‘General Tom Thumb’, so named because of his diminutive stature. Managed by the flamboyant Phineas Taylor Barnum, he achieved celebrity status while only a child. Tom Thumb’s professional life brought him to Ireland on a number of occasions.

Departs for tour of Europe

General Tom Thumb and his ‘guardian’, Barnum, departed for England, in January 1844, for a three-year tour of Europe. They were accompanied by a tutor, the General’s parents and the New York municipal brass band. Barnum had also employed an Irish nurse.

An estimated 10,000 people lined the wharf to see them leave. At this stage, Tom Thumb was 25 inches tall and weighed 15lbs. Even before they left, the American press had been making extraordinary claims on their behalf, the New York Herald declaring that ‘this extraordinary and beautiful man in miniature [will] undoubtedly visit Queen Victoria and be received with marked attention by all the nobility in Europe’. The report also stated that General Tom Thumb was particularly anxious to visit Dublin, ‘where he means to challenge O’Connell and do justice to Ireland’.

Barnum’s royal ambitions were quickly realized. Shortly after arriving in London, Tom Thumb was invited to meet Queen Victoria. She was entranced and two more meetings followed. By gaining entry to Buckingham Palace, Barnum and his protégé had obtained a fast ticket to respectability. The royal interest was used to full advantage, with subsequent publicity claiming that the General was ‘under the patronage of Her Majesty, his Royal Highness Prince Albert, etc.’

In December 1844, the Barnum entourage traveled to Belfast.

Even before setting foot in the country Tom Thumb was the subject of extensive media interest, with Irish newspapers already following the activities of the ‘transatlantic hero’. His first appearance was in the Music Hall in Belfast, admission costing one shilling. The press described him as being 13 years old, ‘lively, interesting, intelligent and graceful in his manner, and of the most symmetrical proportions’. 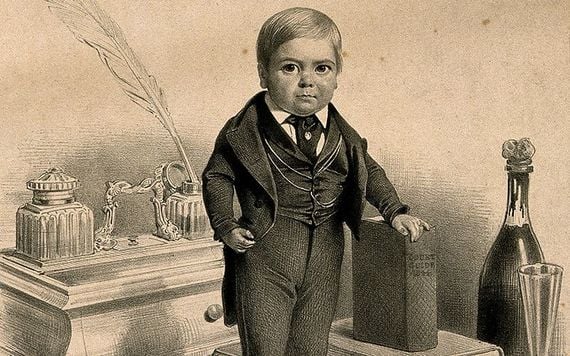 A lithograph of Tom Thumb aged 12.

The show included miniature displays in which Tom Thumb would perform, including a palace, complete with small-scale furniture. He also displayed gifts given by Queen Victoria and other eminent people. In memory of a visit to Scotland, he added a Highland dress to his costume.

The group then traveled to Dublin. Tom Thumb’s entrance into the city was choreographed: he arrived in a specially made coach driven by ‘the smallest ponies in Ireland’.

He appeared in the Large Room in the Rotunda, with admission costing one shilling, and played there for a week, for which he received £261, or $1,305. He completed his time in Dublin by appearing for one night only at the Theatre Royal in Hawkins Street.

The young performer received extensive coverage in the Irish press. The Freeman’s Journal noted that ‘his celebrity had preceded him’, adding that ‘he is undoubtedly one of the most singular phenomena of the pygmy class which nature has ever produced’. The Tuam Herald referred to him as ‘The wee-est little man that ever was’. Some reports estimated that he was fourteen years old. Incredibly, however, he was no more than six.

Following their departure from Ireland, the Barnum entourage toured Europe, where they met King Louis-Philippe of France, George Sands and the czar of Russia. It was not until early 1847 that Barnum and his ‘miniature money-making protégé’ returned home. The tour had been a financial success, both for Barnum and for Tom Thumb’s parents, who augmented their income by selling souvenirs of their famous son. It had also helped to increase both Tom Thumb’s and his manager’s profiles in the United States, giving the latter respectability that he had previously lacked. 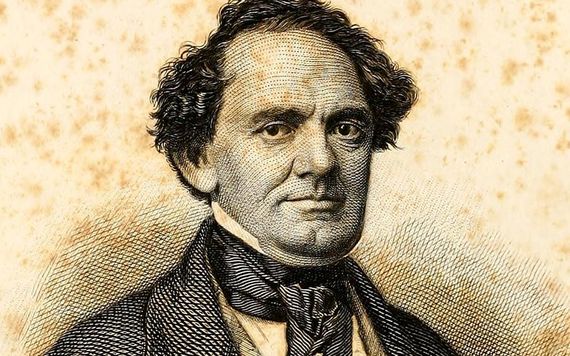 Clearly, Tom Thumb’s Irish visit had captured the public imagination, encouraging other miniature performers to travel there. In early 1845 the Brockstedt family—‘the three German dwarfs from Holstein’—appeared in the Theatre Royal. In February 1846, amidst reports of severe food shortages, ‘A Spanish Tom Thumb, about the size of a top-boot’, toured Ireland. None of these acts, however, generated the same interest or income as Tom Thumb, whose name and association with Ireland continued in other ways. At the beginning of 1848, a mechanical waxworks exhibition opened in the Assembly Rooms in Belfast. The eclectic exhibits included effigies of Androcles extracting a thorn from the lion’s foot, Father Mathew, the ‘apostle of temperance’, and General Tom Thumb. In 1849, when Father Mathew toured the United States, Tom Thumb took the pledge from the Irish priest, forsaking ‘his daily thimble full of Negus’. He was then ten years old.

Tom Thumb’s visit to Europe coincided with the onset of the Great Hunger. In February 1847, as the ship taking him back to the US passed the Irish coastline, an American passenger suggested that they should make a collection for famine relief. Five hundred dollars were raised. The first donor was Tom Thumb, who gave $50. He said that he had already given £100 to a charitable fund for Ireland before leaving London. A fellow passenger wrote of his encounter with Tom Thumb, who, ‘creeping from under shawls and ladies’ work-baskets, emerged into the saloon, stuck his Lilliputian hands into his little pockets . . . He was the smallest specimen of human nature it has ever been my lot to behold.’ He estimated Tom Thumb to be aged seventeen. 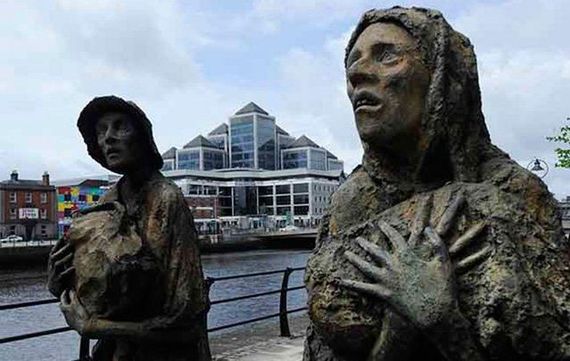 Tom Thumb helped raise funds for the Irish during the Great Hunger.

Tom Thumb returned to Ireland on a number of occasions. In February 1858 he appeared in the Rotunda for twelve days, giving three performances a day. At his personal request, the boys of the Royal Hibernian Military School were invited to attend one of his shows. Privately, he claimed that because he had had no childhood himself, he wanted to help other, less fortunate children to have one.

Tom Thumb’s return to the city was a great success. His popularity with the public and the press had not diminished, regardless of his (relative) maturity. Local newspapers referred to him as ‘a distinguished visitor’, ‘a gallant general’, with one paper even declaring that ‘he comes, is seen, and at once conquers’. Another summed up his reception as equating to ‘General worship’.

After Dublin, Tom Thumb visited other Irish towns and cities, including Limerick, Kilkenny, Cork, Clonmel, Derry, and Belfast, playing to packed audiences. While in Cork, he was thrown out of a jaunting car when traveling to the Blarney Stone but was unhurt. His final Irish performance before sailing for Liverpool took place in the Temperance Hall in Kingstown. On this visit, Tom Thumb was not accompanied by Barnum but by his agent, H.T. John, although the still-young performer was increasingly taking control of his own business affairs.

Tom Thumb’s next visit to Ireland in 1858 coincided with another period of distress, which was particularly severe in County Donegal. In January, at a meeting in Dunfanaghy, an appeal had been made on behalf of Gweedore and Cloughaneely ‘to the sympathies of our countrymen, of every class and denomination, for funds to enable us to relieve the peasants of these districts, who are at present undergoing the most indescribable sufferings and privations’. Yet again Tom Thumb demonstrated his concern for the Irish poor, giving the receipts from the midday performance on his final day in Dublin to the Gweedore fund. Ten guineas were raised in this way. His manager explained that ‘he is extremely sensitive to the sufferings of others’. The Nation responded to the donation by proclaiming that ‘General Tom Thumb maybe a little man, but he has proved that he has a great heart’.

In February 1863 Tom Thumb married another little person, Lavinia Warren. An estimated 10,000 people attended the ceremony in New York. The newly-weds then traveled to Washington to meet President Lincoln in the White House. In the midst of a brutal civil war, the marriage provided spectacle and a respite from the horrors of combat.

In 1867 Tom Thumb returned to Ireland accompanied by his wife, her sister Minnie and Colonel Nutt, the quartet of ‘miniature people’ having formed their own traveling group, the ‘Tom Thumb Troupe’. They appeared for four days in the Antient Concert Hall in Dublin. Tom Thumb, although now much portlier, sported the same costumes that he had worn in front of the queen over twenty years earlier. Little else had changed with his act, except that the cost had risen to two shillings for reserved seats, one shilling for unreserved ones. The quartet also played to packed audiences in the Ulster Hall in Belfast, giving three performances a day. In keeping with the Barnum principle of public spectacle, Tom and Lavinia rode to and from each show in their miniature carriage.

Tom Thumb and Lavinia returned to Ireland in late 1871 at the end of a three-year world tour which had extended to Australia and India. Barnum had long ceased to manage Tom Thumb, but the two men had become business partners and good friends. The years had not dimmed Tom Thumb’s popularity, the Freeman’s Journal encouraging its readers in Dublin to see ‘these charming little people’. The act was particularly recommended to children. The show traveled to other venues, including Enniskillen, Drogheda, and Belfast, always playing to packed audiences.

In 1876 the Tom Thumb Troupe again played in Ireland, their most notable performance taking place in the Corporation Hall in the Diamond, Derry. A local tailor, John Allender, who was alleged to be over eight feet tall, had been introduced to Tom Thumb and it was decided that the two men would re-enact Swift’s Gulliver’s travels on stage as the show’s finale. The audience loved it. In true celebrity style, Tom Thumb had claimed that each of his tours was to be his farewell one. This time it proved to be true.

The concept of ‘freak’

Barnum’s objectification of people in his museums and traveling exhibitions helped to keep alive the concept of ‘freak’ or human curiosity. Tom Thumb’s successful appearances in Ireland demonstrated that Irish people were not immune from this Victorian fascination. Nevertheless, the success of ‘General Tom Thumb’, Barnum’s most famous creation, changed perceptions of what it meant to be a ‘human oddity’. He helped to prove how normal ‘freaks’ were and to demonstrate that small people were no different from taller people. Throughout his career Tom Thumb also demonstrated considerable business acumen, amassing a large fortune, which at times he used to assist the financially struggling Barnum. Many other ‘dwarf’ acts visited Ireland, but none enjoyed the enduring popularity of Tom Thumb.