First Book of Ussher dates back to fifth century and is older than Book of Kells. 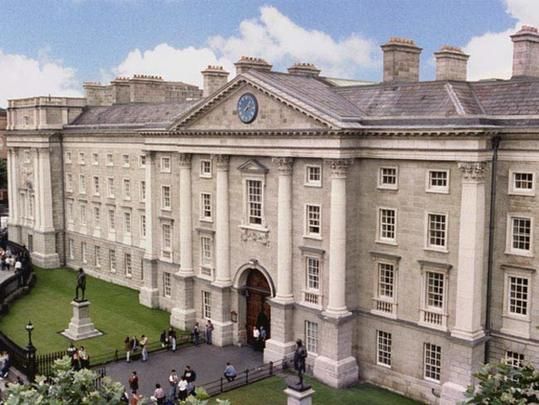 An Irish manuscript older than the Book of Kells is to go on exhibit at Trinity College in Dublin – thanks to Bank of America and Merrill Lynch.

The Codex Usserianius Primus, or First Book of Ussher will be exhibited publicly for the first time in 2016 according to a report in the Irish Times.

The paper says the oldest known surviving Irish manuscript will be among a number of works to go on exhibit at Trinity thanks to funding from Bank of America Merrill Lynch art conservation project.

The report says the manuscript is an incomplete copy of the four Gospels on vellum and may have been created as early as the 5th century, several centuries earlier than the Book of Kells.

It comprises of fragments of 80 pages and was named after Archbishop Ussher, a 17th century scholar.

The paper says the book is unusual for, among other things, naming the thieves crucified with Jesus.

The fragmented form of the book is currently held in the archives of the library at Trinity College.

Thanks to the funding the codex will be mounted in book form and will be part of a new, expanded display of manuscripts.

It will be housed alongside the university’s better-known treasures, the books of Kells, Durrow, and Armagh.

Three other manuscripts to benefit from the conservation work are the Book of Dimma, the Book of Mulling  and the so-called Garland of Howth.

The TCD conservation project will take two years according to the library’s keeper (conservation), Susie Bioletti.

She told the paper it will involve technical examination of the pigments and parchment, conservation treatment, digitisation, and art-historical study.

She said: “The funding will allow us to carry out the really careful, complex, and subtle work required.”