The Offalyman was serving as a missionary when the prophet was attacked and killed. 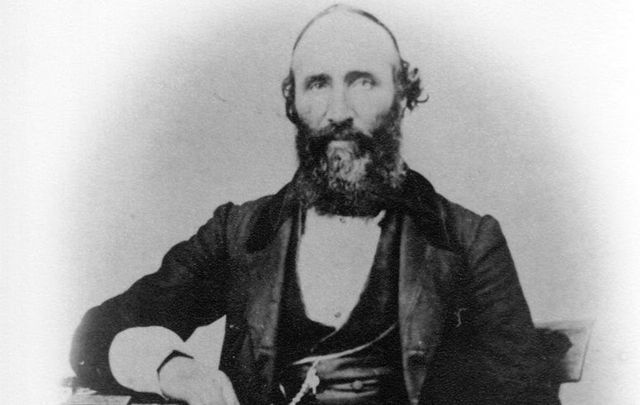 Comprised of 83 acres, the sprawling plot in the heart of Ireland contains a three bedroom bungalow, built in 1975, and the ancient farm house that Egan spent his early years in.

Located just under a mile from Offaly’s main town of Tullamore, the lot had that essential quality for any piece of land for sale: road frontage.

The property is bordered by a main road which means easy access for any farmer. Whoever is lucky enough to farm there will be rubbing his hands with glee.

It’s unconfirmed if the buyer had any particular interest or affinity with Mormonism. The 2016 census record only 3,437 members of the Church in Ireland so it’s highly unlikely they were a practicing member of the faith.

In Irish terms, however, the site is probably significant without any historical connection to the faith.

Major Howard Egan and his family left the property for the new world in 1825, when Howard was only ten years of age, after his mother passed away.

At first the Egan family set up home in Montréal but after three years there their father passed away, leaving the seven Egan siblings completely orphaned.

In his early twenties Howard made his way south to Massachusetts and there he married his wife, Tamson Parshley, in 1839.

The pair struck out west to Illinois, nowadays the state is regarded as the ‘Midwest’ but then it was considered a true western frontier state. The 1840 census recorded that the now teeming metropolis of Chicago was then home only to some four and a half thousand souls.

But it was out there in the west, having set up home in the small village of Nauvoo, Illinois that the pair converted to Mormonism and a new chapter in their life began.

The fledgling settlement of Nauvoo was granted the status of a city by the Illinois legislature and Egan was granted the rank of Captain in the Nauvoo Legion set up to protect it.

Nauvoo was home to many Mormons at that point, Joseph Smith included, and it was then that Egan first began to serve as his bodyguard.

It was not a job without risk: Mormons were hated by many and Smith was so concerned for the future of his small, but growing band of coreligionists, that he petitioned Congress to grant Nauvoo the right to secede from Illinois and become its own territory with the right to raise troops and defend itself.

For his part, Smith said that  “he felt safe when Howard Egan was on guard” outside his home but Egan was serving as a missionary in the East in 1944 when a mob attacked and killed him.

Wary of the risk of remaining in Nauvoo, Egan and his family struck out even further west in the so-called “Nauvoo Exodus”, finally settling in Salt Lake City.