Take the advice of these schoolchildren to guarantee yourself some Irish luck in the coming year. 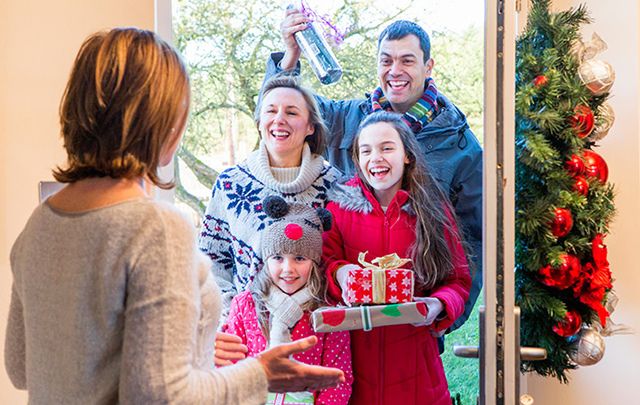 The Irish can be a superstitious lot and New Year's Day had many customs that had to be strictly upheld if you were to make it through the year.

My mother always said that the way you spend the New Year is a sign of how your year will pan out and it seems she was passing the baton on for many old Irish customs based on those same beliefs. We know that the Irish can be a superstitious lot, and of course, New Year's Day also had many customs and traditions that had to be strictly upheld if you were to make it through the year.

In the 1930s, the National Folklore Collection asked Irish schoolchildren to assist them in collecting the best of Irish folklore, customs, and traditions and the result was notebooks upon notebooks of incredible insight into life in early 20th century Ireland and many years earlier.

Included in the collection was information on how 1930s Ireland spent the first of January and we’ve compiled some of the best bits. If you remember any of these traditions or still carry them on now, let us know in the comments section below.

To see the original story from which the tradition is taken, you can click on the town and county name.

“Around the New Year, the youngsters play tricks. Here is one of the tricks they sometimes play in this locality. A young boy or girl fills their mouth with water and goes to the next house and listens to the people talking and whatever boy or girl they are talking about that is the one that the listener will be married to.”

“There used to be a shooting match held. Some person would put up a goose and provide balls made of lead, also powder. All the young men of the countryside would collect after dinner and spend the evening firing at the goose which was tied to a stake.

“They each paid a shilling and whoever shot the goose got her as a prize. If she was not shot on that day the match continued on Little Christmas Day.

“This provided great amusement and also made money for the man who organized the match.”

“Fowling is great sport around here about Christmas and the New Year. The chief birds that are caught are the snipe, the pigeon, the moorfowl, the golden plover, the peewit, the curlew, the woodcock, the wild geese, the water duck, the water hen and the pheasant.”

“On special occasions, however, even the poorest tried to have other little things which they considered luxuries. These times were called ‘Set Times’ and were Hallow Eve, Xmas, New Year, Shrove Tuesday and Easter.

“At these particular times, each house tried to have tea, potato cake, butter, meat, and at Easter eggs were used in huge quantities.”

“If a woman is first to visit you on New Year's Day you will have bad luck that year, and to prevent this, little boys go from house to house in the early morning and they get money in every house they visit. This custom is called ‘first foot’.”

Similar to this from Tobercurry, Co. Sligo:

“The old people say that if a dark-haired boy comes into the house first on that day they will have good luck throughout the year.”

“On New Year's Day, the people never throw out things such as ashes, or dirty water because they say they would throw away their luck with it.”

Throwing out the water on this day was also said to drown the fairies.

“Do not lend money on New Year’s Day.”

(Apparently, you’ll be spending all year if you do!)

“The people like to be early at mass on New Year's Day because it is said if you are late at mass on that day you will be late every day during the year.”

“On New Year’s Day, some people would not put a spade in the ground because they say that the crops would not grow.”

Do you follow any rituals on the first day of the year? Do you remember any of the traditions above? We’d love to hear how you spend the New Year!