On This Day: Nellie Cashman, the Irish "Angel of the Yukon," dies

Remembering Cork woman Ellen 'Nellie' Cashman, the "Angel of the Cassiar" who saved 77 gold miners during the Klondike Gold Rush. 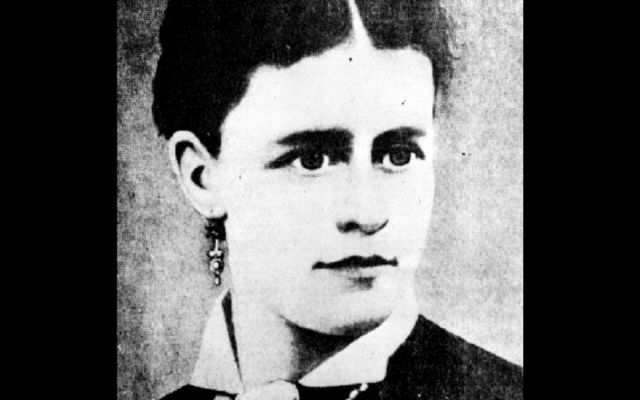 Ellen "Nellie" Cashman. The Co. Cork-born Irishwoman was an inspiration and a hero of her time. Public Domain

On this day, Jan 4, 1925, Ellen (Nellie) Cashman, who left a legacy of great philanthropy in her wake, passed away. Today, we remember a great feat when she rallied a rescue team to save the lives of 77 miners in the Yukon.

Born in Midleton, County Cork in 1845, during the first year of Ireland’s Great Hunger, Ellen (Nellie) Cashman went on to build quite the life and legacy for herself in the US as a helper, a healer, a savior, and a gold prospector.

In 1850, Cashman, her mother, and her sister Fanny departed Ireland for America. They first settled in Boston, and in 1865, when Nellie was 20, they made the long journey to California.

When the Klondike Gold Rush kicked off in the Yukon region of Canada, Nellie ventured there for herself in 1874 and set up a boarding house for miners in the midst of the Cassiar Mountains. A devout Catholic, she merely asked for donations to St. Anne in exchange for lodging. Proceeds went towards building a hospital.

In a time of grave crisis, Nellie would become known as the “Angel of the Cassiar.”

A snowstorm had fallen upon the mountain range, trapping dozens – some accounts say as many as 77 – gold miners. Nellie rallied together a search party, gathered all the food, supplies, and vitamin C she could, and set out to rescue the men. She paid no heed to the Canadian Army officers who begged her to turn back.

After weeks in the freezing temperatures, the search party found the miners, and Cashman was able to nurse them back to health and guide them to safety.

By 1880, Cashman had migrated to a town known as Tombstone, Arizona. There, she continued her enterprising and charitable ways – opening a boarding house and a restaurant, but also committing to charity work with the Sisters of St. Joseph, working as a nurse at a Cochise County hospital, and raising money to erect a Sacred Heart Catholic Church in the area.

Visited by tragedy yet again, Nellie would go on to raise her late, widowed sister’s children as her own.

Later in life, she followed her adventurous spirit on gold prospecting missions to California, the Yukon, and Alaska.

At the turn of the year in 1925, Nellie contracted pneumonia and rheumatism. She was admitted to and spent the remainder of her days near Victoria, British Columbia, in the same hospital she had helped raise funds for a half-century earlier.

Cashman died on January 4, 1925, but her legacy has not been forgotten. In recent years, Midleton, Co. Cork erected a statue in her honor, and Dr. Perry Lydon, an Irish ex-pat living in Canada, is overseeing the construction of a memorial at her burial place.