On This Day: Outlaw Ned Kelly executed in Australia in 1880

A firsthand account, written by Donald Sutherland, of Ned Kelly's last stand off with Australia police during the Glenrowan Siege resurfaced in 2013. 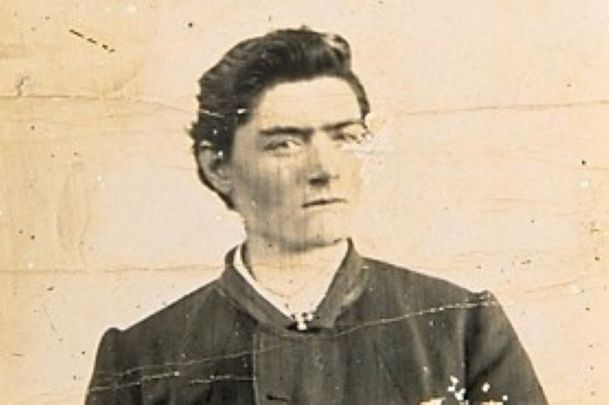 In 2013, a letter resurfaced that recounted Ned Kelly's last stand with police in Australia during the Glenrowan Siege.

Donald Sutherland, a bank teller from Scotland who immigrated to Australia, recounted the Glenrowan Siege, Ned Kelly's final standoff with police, in an 1880 letter to his parents in Scotland that resurfaced in 2013.

In his letter, dated July 8, 1880, Sutherland, who rushed to the Glenrowan Inn when he heard that the infamous Ned Kelly was there, wrote: "… the Kelly’s are annihilated. The gang is completely destroyed."

"He [Kelly] was wounded in 5 or 6 places, only in the arms and legs –  His body and head being encased in armor made from the moule (sic) boards of a lot of plows.

"Now the farmers about here, have been getting their moule boards taken off their plows at night for a long time but who ever dreamed it was the Kellys and that they would be used for such a purpose?

"Ned’s armor alone weighed 97 pounds. The police thought he was a fiend seeing their rifle bullets mere sliding off him like hail. They were firing into him at about 10 yards in the grim light of the morning without the slightest effect. The force of the rifle bullets made him stagger when hit but it was only when they got him in the legs and arms that he reluctantly fell exclaiming as he did, 'so I am done I am done.’" 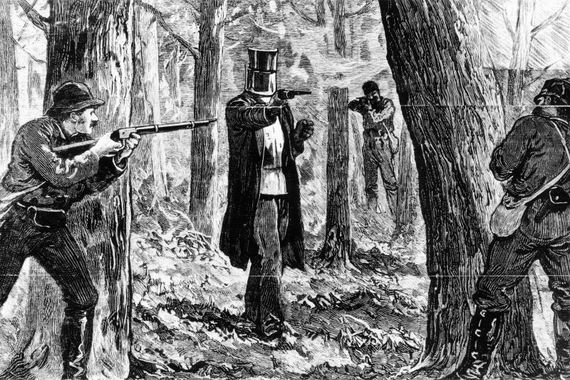 Having seen the wounded Kelly on the ground, Sutherland reflected: "Poor Ned I was really sorry for him. To see him lying pierced by bullets and still showing no signs of pain.

"His 3 sisters were there also, Mrs. Skillion [a.k.a Skilling], Kate Kelly and a younger one. Kate was sitting at his head with her arms round his neck while the others were crying in a mournful strain at the state of one who but the night before was the terror of the whole Colony."

According to the State Library of Victoria in Australia, Sutherland included a lock of hair from Kelly's horse in the letter. Sutherland wrote: "The hair enclosed is from the tail of Ned Kelly the famous murderer and bushranger’s mare. His favorite mare who followed him all around the trees during the firing. He said he wouldn’t care for himself if he thought his mare safe."

You can view the entire 1880 letter from Donald Sutherland here via the State Library of Victoria.

England began transporting criminals to Australia near the end of the eighteenth century when the death penalty was perceived as too harsh for some crimes and South Wales was seen as too close a destination. Kelly was born north of Melbourne to Irish convict John Kelly who had moved to Australia in 1848.

He came to the police’s attention as a teenager when he was arrested first for assaulting a Chinese pig farmer and then as a suspected accomplice to burglary. Both charges were dropped. 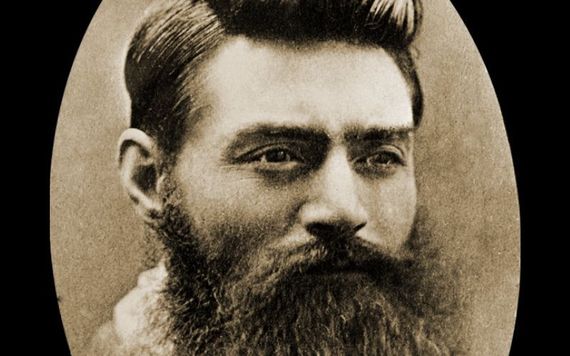 After his mother was sentenced to three years for aiding and abetting an attempted murder, the Irish Australian Kelly family hid. They hoped to earn money to appeal their mother’s sentence by setting up a whiskey distillery, but the police followed them and after Kelly shot three of them he was officially an outlaw. He robbed two banks before police captured him.

As recounted in Sutherland's letter, Kelly was captured by the police at Glenrowan and was convicted on three counts of willful murder. At age 25 on November 11, 1880, Kelly was hanged at Old Melbourne Gaol. His last words allegedly were, “such is life.”