The anti-fascist fighter from the Cork/Kerry border 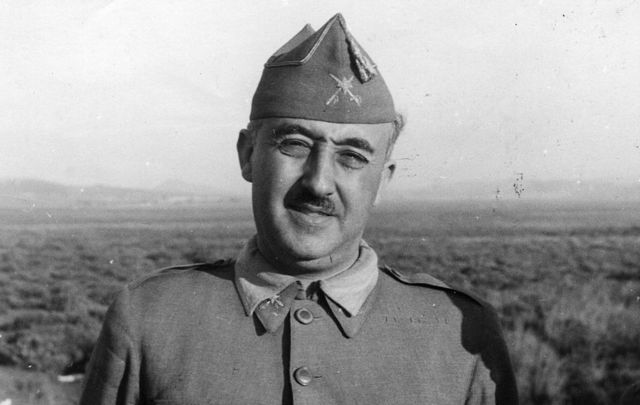 It was 30 years ago on May 7, 1989, when International Brigade veteran Michael O'Riordan unveiled a plaque to his comrade Michael Lehane near his birthplace at Morley's Bridge.

The plaque still sits in a prominent position near the crossroads linking County Kerry with County Cork - between Cuil Aodha and Kilgarvan. At this remote spot called Morley’s Bridge the plaque in memory of the local man reads:
"In memory of Michael Lehane, a member of the International Spanish Brigade, who gave his young life at seas that the underprivileged of all nations would enjoy a happy and prosperous existence."

Michael Lehane died tragically too young but he had lived an action-packed life dedicated to fighting fascism.

Lehane was born September 27, 1908, and at the age of 19, he left Morley’s Bridge to study at the Agricultural College in Clonakilty. Lehane had to drop out due to financial strains and he then went to Dublin where he found employment as a laborer.

During this time, fascism was on the rise across Europe and in Dublin, Lehane became a member of the United Builders Labourers Trade Union. He was politically aware of what was brewing across Europe and what was happening in Spain where fascist army generals led a coup against the democratically elected Republican government.

A plaque to Michael Lehane.

Appalled by the actions of right-wing rebels in Spain, Lehane joined the International Brigade in December 1936 to fight against fascism in the Spanish Civil War.

Lehane’s first taste of war came on Christmas Eve when he saw action on the Cordoba front where nine of his fellow Irishmen fell. He survived the bloodshed at Cordoba and a month later went on to fight in the Battle of Los Rozas de Madrid. Shortly afterward he traveled back to Ireland.

Lehane picked up where he left off in Dublin and went back working on building sites around the city. In April 1937 a builders' strike was called and all tools were downed. This gave Lehane the chance to re-volunteer for the International Brigade.

By willingly returning to take part in Spain's utterly vicious civil war is a testament to Lehane’s steadfast character, he was determined to fight the good fight!

Lehane made his route back to Spain by undertaking an arduous trek over the Pyrenees mountains in order to evade authorities. Lehane then took part in the Battle of Brunette which lasted throughout the sweltering month of July.

During this battle, Lehane and his comrades found themselves under heavy fire from a machine gun that was manned from a church tower in the town. Lehane managed to rescue many of his injured comrades from a hail of bullets before being struck down himself.

Read more: Franco-Irish army drove the British out of Castlebar, 216 years ago today

Lehane recovered from his injuries and by the Spring of 1938, he was back in Dublin again working as a laborer.

The call to arms was too much for Lehane to resist and by summer he was back in Spain fighting Franco’s Fascists.

On July 25, the International Brigade crossed the Ebro River to advance on the town of Gandesa but a hill, known as Hill 481, stood in their way and it was heavily controlled by Franco’s troops.

The International Brigade suffered heavy losses against the might of Franco’s army on Hill 481 and Lehane was one of a number injured there.

By mid-December Lehane and his comrades left Spain for the last time as the war was coming to a close and Franco was proclaiming victory.

Lehane arrived back in Dublin on December 21, 1938, but his stay would not last long before he left in the new year to go live with his brother in Birmingham.

Lehane’s political convictions did not wane while in England and authorities viewed this Irishman, who was involved with The Daily Worker newspaper, as nothing more than a subversive and his brother's house became the scene of police raids during his few years lodging there.

When the war against fascism took on a whole new form in World War II, Lehane made the decision to continue his fight against it. He would not join the British army and wear the uniform of what he saw as an imperialist force so instead, he enlisted in the Norwegian Merchant Navy.

Lehane was registered as a stoker aboard the Norwegian steamer ‘Brant County’ on October 2, 1941. In March 1943 he went down with the ship when it was attacked in the mid-Atlantic by a Nazi submarine. Along with Lehane, 24 crew lost their lives.

While Lehane was recognized with a plaque at Morley's Bridge in 1989, in 1997 he was again recognized and honored when he was posthumously awarded a Norwegian war service medal.

Lehane was just 35 years old when he met his end but in his short life, the Brigadista from the County Bounds fought non-stop against fascism so that "the underprivileged of all nations would enjoy a happy and prosperous existence."