In the Autumn of 1920 Tipperary experienced what many called a miracle which brought a brief cessation to the conflict. 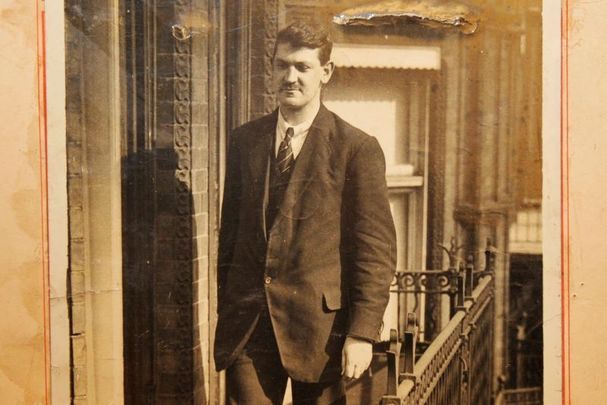 How Michael Collins revealed bleeding statues and apparitions, which took place after to the death of an Inspector at the hands of the Irish Republican Army, to be a hoax.

During the Irish War of Independence, County Tipperary was a hotbed of activity. The first shots of the war rung out at Soloheadbeg ambush, in January 1919, and the county produced resistance fighters such as Sean Treacy and Dan Breen.

On Aug 16, Royal Irish Constabulary District Inspector William Harding Wilson was shot by the IRA in Templemore town. Following the shooting crown, forces ran amok in the town and surrounding area. That night 16-year-old James Walsh created a sensation when he proclaimed he saw a vision of Our Lady and claimed the Holy statues in his home were crying tears of blood. According to Walsh, the apparition told him to dig a Holy Well in the floor of his cottage.

Following Walsh's claim, Constable Thomas Wimsey of the Templemore RIC barracks came forth with his Holy statue which also cried tears of blood. Newsagent Thomas Dwan also had a bleeding statue. News reports would later claim that young Mr. Walsh had gifted these statues to Wimsey and Dean some weeks before the miraculous event.

The stunning sight of the bleeding statues drew crowds to Tipperary to witness the "Templemore Miracles" for themselves. Thousands made the pilgrimage to Templemore and Walsh's cottage where the holy well was said to cure ailments. A makeshift altar was erected in the yard of Dwan's newsagent's store where the statues were on display. Special trains were put on to carry pilgrims from all corners of Ireland to Templemore.

As pilgrims poured into Templemore the presence of British rule slipped away. In a letter to IRA HQ in Dublin Tipperary Brigade, Vice Commandant Edward McGrath wrote: "The police and military have disappeared off the street and the IRA have taken over. They control the traffic, introduced parking, and restored order."

Many in the IRA were skeptical of the miracles and Michael Collins called on Dan Breen to bring Jim Walsh to Dublin to be questioned. After the interview, Collins was convinced Walsh was not to be trusted and the young man was sent back to Tipperary.

IRA action in Tipperary had ceased since the Templemore Miracles and this annoyed Collins who wanted activities to resume. Up until then, Tipperary had been a strong outpost in the republican's fight against the crown and Collins wanted that pressure to keep going so, on his orders action resumed on the 29th of September when the IRA ambushed a party of RIC men at Goldings Cross.

Two RIC men were killed in this ambush and later that night crown forces looted and burned homes around Templemore. The so-called miracles had not cured the violence and by daybreak, the stallholders and hawkers who had swamped Templemore disappeared and so too did all the pilgrims.

Michael Collins had asked for one of the bleeding statues to be sent to him in Dublin and one day a courier from Tipperary arrived at his office with one. Collins studied it closely and gave it a tap off the side of his desk. He put his ear to it and heard a tick-tock sound inside it. To the shock of those present Collins then smashed the holy statue and out fell a homemade alarm clock connected to a fountain pen full of pigs blood. When the clock struck at certain times the fountain pen of blood would spurt out through pinholes in the statue's eyes and mouth.

As for the teenager who started the whole thing - James Walsh left for Australia in 1923 and never returned. He died in Sydney in 1977.