Restore to Martin Sheridan the Olympic medals he earned

Martin Sheridan and other competitors of the 1906 Olympics have been cheated of their Olympic medals by the International Olympic Committee after they retroactively downgraded the competition. 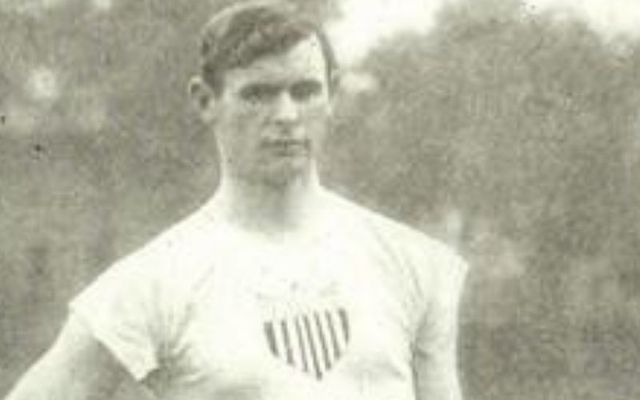 In his obituary, the New York Times describes Martin Sheridan as "one of the greatest athletes the United States has ever known." While his name may not be as readily recognized today, that assessment still holds true.

Sheridan was born in Bohola, County Mayo, Ireland in 1881, and would later emigrate to the United States where he joined the New York City Police Department. A giant for his time standing at 6' 3", he was a member of a group known as the "Irish Whales," a group of Irish American Athletes who were also members of the New York City Police Department who dominated the track and field competitions of the early twentieth century.  He competed in what was then recognized as three Olympic Games, St. Louis 1904, Athens 1906, and London 1908, earning five gold medals, three silver, and one bronze.

Sheridan is perhaps best remembered for an incident in the 1908 London Games.

The games were mired in controversy from the start. It was the first Games to have an "Opening Ceremony" and the now traditional parade of nations marching into the stadiums. Before the opening ceremony, it was noticed by the American team that while the stadium was surrounded with the flags of various nations (including the flags of China and Japan who were not competing), the British hosts had omitted the flag of the United States, claiming "they couldn't find one."

Some Irish Athletes had already withdrawn when told they would have to march behind the British flag.

The British organizers had issued a "protocol document" that instructed each team to dip their Country's flag in homage as they passed  King Edward VII in the royal box.  When the U.S. contingent marched past, Color Bearer Ralph Rose refused to dip the American flag.

When questioned by British organizers, Martin Sheridan, the team captain, reportedly responded, pointing to the American Flag, "That flag dips before no earthly king." While revisionists have questioned if Sheridan uttered those exact words, it is recorded that British officials did confront Rose, and the team, led by Sheridan, quickly made clear that they supported his actions.

While retiring from Olympic competition, Martin Sheridan would continue to serve with the NYPD until his death one day before his 37th Birthday in 1918.

In an event that resonates with us as we battle Covid-19,  first responder Martin Sheridan was an early casualty of the 1918 Flu epidemic.

Unfortunately. Martin Sheridan and other competitors of the 1906 Olympics, including Ireland’s Gold Medalist Peter O'Connor, have been cheated of their due recognition by the International Olympic Committee (IOC) after they decided to retroactively downgrade the 1906 Olympics and not recognize the medals awarded at that competition.

In the infancy of the Olympic movement, the process of holding an Olympics was still evolving.   After the 1900 and 1904 games had not successfully built upon the success of the initial 1896 Olympics in Athens; it was proposed to hold the Olympic games every two years, alternating between Athens, as the birthplace of the Olympics, and an international site.  The 1906 Games were promoted as an Olympics by the IOC, had better participation than the two previous Olympics, and gave rise to many of the Olympic Traditions that are still practiced today (formal opening and closing ceremonies, the idea of athletes being members of a national team, an Olympic village where the athletes from around the world stay and socialize, the raising of the flags during medal presentations).

However political turmoil in Greece and the outbreak of WW I ended the idea of holding an Olympics every two years and the games returned to a four-year schedule.

There may have initially been some cold, if unjust, logic in demoting the 1906 Olympic games and its medals given at the time its one-off nature, but since then the Olympics has engaged in many similar "one-offs"; most notably the current 2021 games, which are now five years from the last Olympics and only three years from the next.  There is simply no reason, other than arbitrary obstinancy, for the IOC not to recognize Martin Sheridan and the other competitors of the 1906 Olympic Games medals as Olympic medals.

The Ancient Order of Hibernians currently has a petition to the U.S. Olympic Committee and the International Olympic Committee calling for the medals of the 1906 Olympics to be recognized as Olympic medals.  The petition may be found here.