"I was born in Belfast between the mountain and the gantries, To the hooting of lost sirens and the clang of trams: Thence to Smoky Carrick in County Antrim." 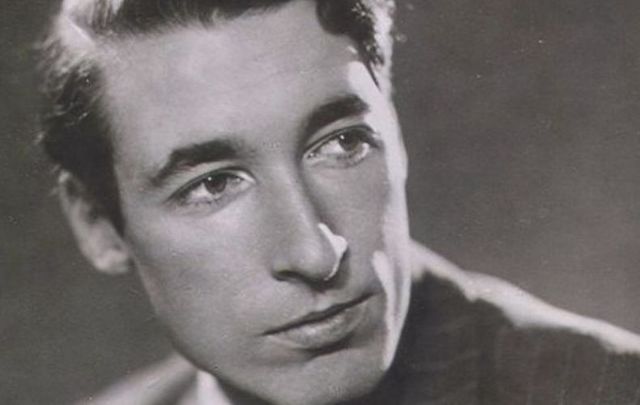 Louis MacNeice was a prolific poet, writer, and playwright and while he traveled extensively, his thoughts were never far from his Irish heritage, writes Áine Toner.

Frederick Louis MacNeice, known as Freddie until he adopted his middle name in his teens, was born in Belfast in 1907. His parents, John and Elizabeth, were both from the west of Ireland and his father would go on to become a bishop of the Church of Ireland. The family moved to Carrickfergus shortly after Louis was born but his mother was admitted to a nursing home in Dublin suffering from severe depression and Louis did not see her again. Though surviving uterine cancer, Elizabeth died from tuberculosis in December 1914. 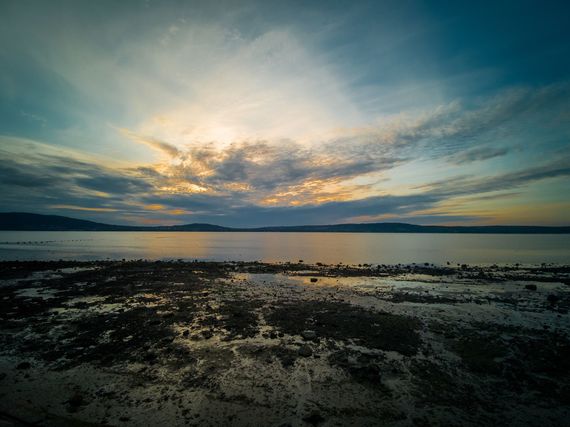 Louis was especially close to his mother; she had provided lightness and comfort in the otherwise secluded life in the rectory. His poetry reflects the rupture in his life caused by her loss. Three years later, his father remarried and Louis’s sister was sent to board at a preparatory school in Sherborne, England. Louis joined her the same year. It was, perhaps, the best thing to happen to the young Louis. He found the promise of a more colorful world than the puritan home of his father and stepmother.

He was raised among books and began writing poetry age seven. A classicist, Louis won a scholarship to Marlborough College in 1921 where his interest in ancient literature and civilization, something he’d had since a young age, continued. One year later he was invited to join Marlborough’s secret Society of Amici. He was a contemporary of John Betjeman and Anthony Blunt and wrote essays and poetry for the school’s magazines. Aged eighteen, he was awarded a postmastership to Merton College, Oxford. It was said that as he left Marlborough, he left behind his first name, his accent, and his father’s faith.

Born in pre-partition Ireland, the son of an Irish nationalist and bourgeois Protestant family, he chose to live in England where he experienced a sense of alienation, which he also experienced in Ireland, north or south. However, his parents spoke of their strong attachment to the Ireland of their youth as opposed to the dour, puritanical atmosphere of Ulster. Therefore, he grew up with a feeling of displacement and nostalgia for a culture he had never experienced. Perhaps in their memory, he frequently returned to the landscapes of his childhood and took pride in his Irish heritage. 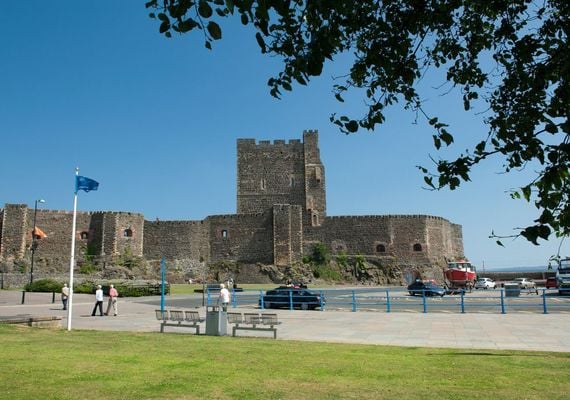 Within his first year at university, he met WH Auden and became part of the Auden group alongside Cecil Day-Lewis and Stephen Spender. Auden became a lifelong friend and was important in inspiring Louis to take up poetry seriously. MacNeice was awarded a first-class degree and found a job as Assistant Lecturer in Classics at the University of Birmingham.

He and his new wife Mary Ezra – neither set of parents attended the wedding ceremony – found lodgings in a former coachman’s cottage. At this stage, Louis had already published his first book of poetry, Blind Fireworks in 1929. This was perhaps fortunate; he was not a natural lecturer and found it difficult to compose poetry during this time. He published a semi-autographical novel, Roundabout Way, in 1932, but under the name Louis Malone for fear of unfavorable reviews.

He blamed matrimony on his poetic inability, saying: "To write poems expressing doubt or melancholy, an anarchist conception of freedom or nostalgia for the open spaces [and these were the things that I wanted to express], seemed disloyal to Mariette. Instead, I was disloyal to myself, wrote a novel that purported to be an idyll of domestic felicity. As we predicted, the novel was not well received."

But he did return to poetry in 1933 and started sending poems to TS Eliot. Although Eliot did not feel they merited Faber and Faber published a volume devoted to Louis’ work, several were published in Eliot’s journal The Criterion. Things were looking up.

Playwriting and another novel were followed by poems in September 1935, the first of his collections for Faber and Faber, thus helping establish him as one of the new poets of the 1930s. The works, which include poems like Carrickfergus, Birmingham and Sunday Morning, concern a detached but sympathetic city dweller. It’s believed this poetic detachment echoed his political stance. He was left-wing in his sympathies but was never formally committed to the revolutionary left.

In 1935, Mary left Louis for a Russian-American graduate student and later married him. The ex-couple continued to write frequent affectionate letters to one another even though Louis had, at this stage, begun an affair with Nancy Coldstream. In truth, MacNeice wrote more and better considered poetry about the loss of his wife than he had ever written about marital bliss. Louis and Nancy visited the Hebrides in 1937 which resulted in a book of prose and verse in which she illustrated, I Crossed the Minch.

His career was on the rise. In 1936 his translation of Aeschylus’ Agamemnon was published and produced by the experimental Group Theatre – Benjamin Britten wrote the music for the production. Critics say that it remains one of the best modern poetic translations of any Greek drama and is probably as well, if not more, read than his original work.

He later taught Greek at Bedford College for Women, University of London. In 1938 Faber and Faber published a second poetry collection, The Earth Compels, the Oxford University Press published Modern Poetry and Nancy contributed illustrations to a book about London Zoo, called Zoo.

Modern Poetry is respected for his wish to reduce the romantic distinction between the poet and the ordinary man, saying: "I would have a poet able-bodied, fond of talking, a reader of the newspapers, capable of pity and laughter, informed in economics, appreciative of women, involved in personal relationships, actively interested in politics, susceptible to physical impressions."

His masterpiece, Autumn Journal, was completed by February 1939 and published that May. It is viewed as his most important work, recording his feelings as the Spanish Civil War raged and the UK geared up for another war with Germany – Louis visited Barcelona before the city fell to Franco – as well as personal reflections. It is still considered one of the most valuable – and deeply moving – testaments of living in the 1930s and critics have described it as The Prelude of the 1930s. The young MacNeice would have been pleased at the comparison.

He sailed to America for a lectureship at Cornell University, leaving his son Daniel behind but he was back in London by the end of 1940. Faber and Faber published Selected Poems in March 1940 before he was employed by the BBC.

His work initially involved writing and producing radio programs intended to boost support for America, then later Russia. By the end of the Second World War, he had written over sixty scripts for the BBC and several poems. Stars of the plays included Laurence Olivier and Dylan Thomas and the latter became a social companions.

The BBC sent him to report on Indian independence and partition in 1947 and he continued to produce plays for the corporation. In 1950, he was given eighteen months’ leave to become Director of the British Institute in Athens. In 1953 he wrote Autumn Sequel, an autobiographical poem which critics have compared unfavorably to Autumn Journal.

Lecture and performance tours with his second wife followed, as did traveling to Egypt and Ghana in the mid-1950s for lengthy BBC assignments. He was awarded the CBE in the 1958 New Year’s Honours List before traveling to South Africa.

His marriage broke down as he began his final relationship with Mary Wimbush, an actress who had performed in his plays since the 1940s.

By 1961 he became a part-time BBC employee, leaving him six months to work on his own projects.

In August 1963 he was caving in Yorkshire to gather sound effects for his final radio play, Persons from Porlock. He did not change out of wet clothes after being caught in a storm and bronchitis became viral pneumonia. He died one week after being admitted to hospital with his final book of poems, The Burning Perch, published a few days after his funeral. It was these poems that Auden, who gave a reading at Louis’ memorial service, described as ‘among his very best.’

Before his death MacNeice had been assembling the poems for The Burning Perch, writing, "I was taken aback by the high proportion of somber pieces, ranging from bleak observations to thumbnail nightmares… All I can say is that I did not set out to write this kind of poem: they happened."

I was born in Belfast between the mountain and the gantries

To the hooting of lost sirens and the clang of trams:

Where the bottle-neck harbor collects the mud which jams

The little boats beneath the Norman castle,

The pier shining with lumps of crystal salt;

The Scotch Quarter was a line of residential houses

But the Irish Quarter was a slum for the blind and halt.

The brook ran yellow from the factory stinking of chlorine,

The yarn-milled called its funeral cry at noon;

Our lights looked over the Lough to the lights of Bangor

Under the peacock aura of a drowning moon.

The Norman walled this town against the country

To stop his ears to the yelping of his slave

The List of Christ on the cross, in the angle of the nave.

I was the rector's son, born to the Anglican order,

Banned forever from the candles of the Irish poor;

The Chichesters knelt in marble at the end of a transept

With ruffs about their necks, their portion sure.

The war came and a huge camp of soldiers

Grew from the ground in sight of our house with long

And the sentry's challenge echoing all day long.

I went to school in Dorset, the world of parents

Contracted into a puppet world of sons

Far from the mill girls, the smell of porter, the salt mines

And the soldiers with their guns.