One of the most unique songs about the 1798 United Irishmen Rebellion is "Little Jimmy Murphy." 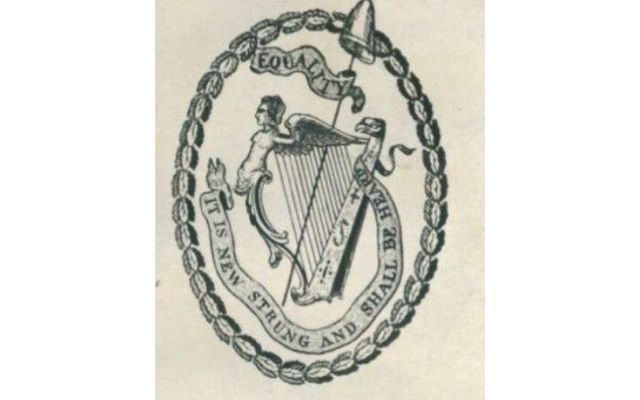 "Little Jimmy Murphy" is about a fictional lad who was hung, not for sheep stealing as the lyrics state, but for the courting of a girl called Kate Whelan during the '98 Rebellion.

The late great Dublin song collector Frank Harte said of the song: "it has been suggested to me that the reference in the last verse to Kate Whelan could be interpreted as a reference to Ireland as Cathleen ni Houlihan."

The song was first heard on the streets of Liverpool as it was a favorite of the large Irish community there in the 1840s. Across the Atlantic Ocean, the song took on various forms.

In 1869 a song very similar to "Little Jimmy Murphy" appeared on a ballad broadsheet in New York City. That song was called "Poor Peter Murphy" and had a verse that went:  " Away in south Brooklyn a big row was making, and poor Peter Murphy was the boy they were taking. Arrah but now he is taken and drove around the city, with his hands tied behind him and the girls they cried pity. Oh sure he's gone to the island but not for sheep-stealing, it was for the loving of a pretty girl that was poor Peter's failing."

"Little Jimmy Murphy" also appeared in print in the early 20th century when the Journal of the Irish Folk Song Society published it in 1913. In 1955 a version of the song called "Joe Jimmy Murphy" appeared in Ballads and Songs Collected by the Missouri Folklore Society. In this version, the unfortunate lad is hung for courting a girl called Moll Figan.

The famous American folk song collector Alan Lomax recorded Robert Graves singing "Little Jimmy Murphy"  in 1960 and he informed Lomax that he collected the song from an elderly Irish gypsy in Wales in 1912.

Unlike other songs about the '98 Rebellion, "Little Jimmy Murphy" is peculiar due to its light-hearted approach. It's Victorian music hall tune veils the serious subject matter in a comical manner while the chorus can prove a difficult one for some singers with it's lilting like a tongue twister!

As it has no authorship the song has over time either lost or added verses! The late singer-songwriter Sean og o'Thuama was known to sing "Little Jimmy Murphy" with just three verses while traditional singer Luke Cheevers sings it with several added verses!

Frank Harte recorded a version of "Little Jimmy Murphy" for his album 'And Listen to my Song' while the Wolfe Tones recorded it for their 1985 album 'Profile.' The High Kings sang it on their DVD 'Live in Dublin' and in recent times it was sung by actor Stephen Rae in the 2018 Famine film Black 47.